UN Security Council Calls on Iran, US to Sit for Talks 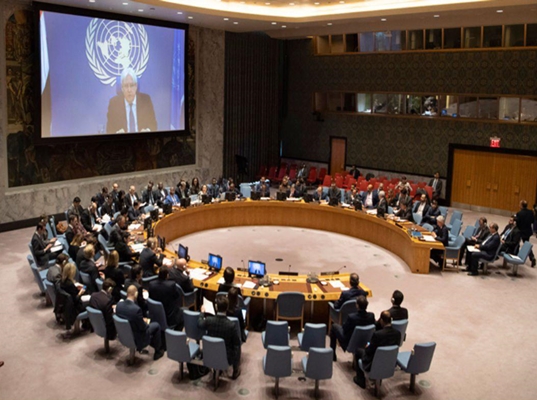 The UN Security Council has called on Iran and the United States to sit for talks to ease the escalating tension following the recent developments in the Persian Gulf.

In a statement on Monday, the UN Security Council condemned the latest attacks on oil tankers in the Persian Gulf and urged all parties “to exercise maximum restraint and take measures and actions to reduce escalation and tension.”

The council said the tanker attacks represent “a serious threat to maritime navigation and energy supply,” but did not blame any country for the incidents.

The statement was read Monday after closed consultations and a briefing on the attacks by UN peacekeeping chief Rosemary DiCarlo.

The UN’s most powerful body says the attacks also violate international rules on freedom of navigation and maritime transport and threaten international peace and security.

The United States has blamed Iran for the latest attacks, but Tehran has denied any involvement.

Council members are urging “that differences must be addressed peacefully and through dialogue.”

France, Germany and the United Kingdom also warned that increased tensions in the Persian Gulf following a US drone’s intrusion into the Iranian airspace “risk miscalculation and conflict.”

The three countries called for “de-escalation and dialogue” in a joint statement Monday after the closed UN Security Council consultations.