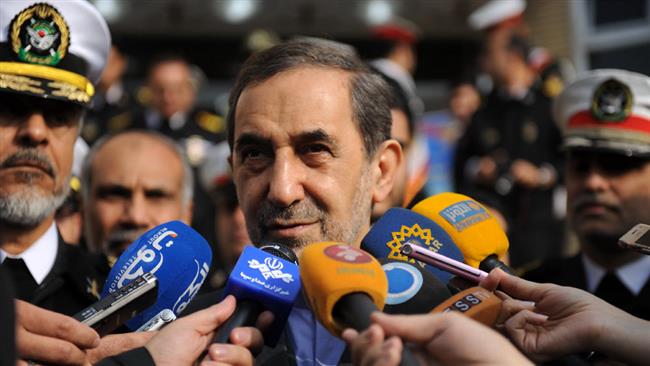 Supreme Leader’s advisor Ali Akbar Velayati says those who have formed Daesh Takfiri group must be tried in international courts as war criminals.

Speaking to reporters on Saturday, Ali-Akbar Velayati welcomed the adoption of the resolution, but said that the UN should have taken action against the Daesh funding sooner.

The Security Council’s resolution earned the blessing of the 15-member body’s finance ministers on Thursday.

It considered Daesh to be posing as much threat as al-Qaeda, threatened sanctions on parties buying oil from the terrorist group, and advised that countries resist its demands for ransom payments.

The Security Council, which had last month called on all countries to take “all necessary measures” to fight Daesh terrorists, also voiced concern that some countries were failing to implement long-standing sanctions against Daesh.

Velayati said Western countries must be held accountable for crimes committed by Daesh terrorists in the global scene, adding, “Those who created Daesh [terrorist group] must also be held responsible in international bodies.”

He emphasized that those who have formed Daesh Takfiri group must be tried in international courts as war criminals.

He said the UN resolution was adopted after Daesh Takfiri terrorist group committed numerous crimes in Iraq, Syria and other countries such as Nigeria, adding that the group’s crimes have brought disgrace on the Western countries.

“Policies of certain regional countries and Daesh have failed due to the resistance of the Iraqi and Syrian people and countries that helped them such as Iran,” the senior Iranian official added.

The US along with some of its allies has been launching attacks against alleged positions of Daesh Takfiri terrorists since August 2014 without any authorization from Damascus or a UN mandate.

Syria has slammed Washington and its allies for damaging Damascus’ infrastructure and killing and injuring civilians.

Velayati further described Syrian President Bashar al-Assad as Iran’s red line, noting that the Syrian government has managed to stand firm against the foreign-backed war on the Arab country over the past five years.

He added that despite some restrictions and problems, the Syrian government and nation have been resisting against some powerful world countries and their regional allies over the past five years.

The Supreme Leader’s aide emphasized that no extra-regional country has the right to make a decision about the future government of Syria.

“The next Syrian government should be elected by the [Syrian] people. No decision must be made from outside the region at all,” he pointed out.

The crisis in Syria, which flared in March 2011, has so far claimed the lives of over 250,000 people and displaced nearly half of the Arab country’s population within or out of its borders.