Turkey should be the Turkey it used to be: Iran MP 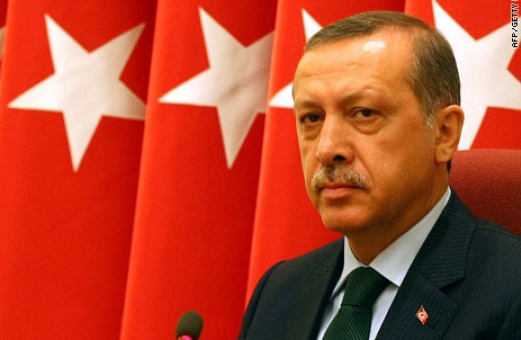 The grave mistake of Turkey is that it thinks NATO would rush to its assistance against Russia in case something happens.

If Turkey wants to avoid serious harms down the line, it needs to be just that: Turkey, Abbasali Mansouri Arani, a member of parliament’s National Security and Foreign Policy Committee said in an interview with the Islamic Consultative Assembly News Agency (ICANA).

The following is the translation of what else the MP said in an interview ICANA published on December 15:

As a result of self-inflicted blows, Turkey, which was a progressive country on the economic and political fronts until a few years ago, has now turned into a country at odds with what upholds security in the Middle East, the MP said.

Warning of the consequences of measures Turkey is adopting, the MP said that opting for aggressiveness to expand the realm of influence will not only not produce the intended result, but will raise the incurred costs because it gives rise to tensions.

Arani further said with the passage of time any country that walks into the trap of the vicious circle of strategic blunders will pay incremental costs and see its interests take a blow. “By getting involved in the Syrian conflict, Turkey committed a strategic mistake. Its support for the Syrian opposition paved the way for multinational terrorists to set foot on its soil. Besides, Turkey has had to pay for the financial and security costs of a stream of refugees crossing its border.”

The Iranian MP went on to say that on top of those hefty costs, there are ominous signs that an economic crisis is around the corner for Turkey. “It is true that Turkey has got its hand on cheap oil, but its manufacturers have lost the markets of neighboring countries.”

Over the past few years, the Turkish government coffers have swelled, but its lack of heavy industries and overreliance on tourism revenues will see its income drop dramatically when tensions run high. In fact, the past few months have seen a steep decline in its tourism-related income, the MP said.

The former president of the War University said that economic crises in different countries can spark social crises. What makes the threat Ankara is facing graver is that thanks to the presence of Kurdish, Alawite, Kemalist and leftist groups, Turkey’s society is politically and socially wobbly.

The Iranian deputy further said that unfortunately President Erdogan insists on the wrong strategies that date back to the Ottoman Empire. “Deployment of troops to Iraq and provoking the Iraqi Kurdistan Region are the latest examples of mistakes Ankara has made. Unfortunately, Ankara is so badly mired in its problems that it has ratcheted up tensions with Iran too.”

Recalling the comments of President Erdogan that normalization of ties with Israel would serve the interests of the entire region, he said this dramatic change of heart in dealing with the most despised regime in the world, is a painful sign of the decline in morality among Turkish rulers. Turkey should be what it used to be: Turkey, and should redress its wrong policies.

He said that the recent downing by Turkey of a Russian warplane in Syrian airspace was another glaring mistake. Having its economy revived, Russia built on its energy hegemony in Europe and on its infrastructural and industrial might to become as powerful as the Soviet Union.

He said that Russia has boosted its naval power to the levels of its military might on the ground. That was why it has sent a naval fleet to the Mediterranean. The grave mistake of Turkey is that it thinks NATO would rush to its assistance against Russia in case something happens.