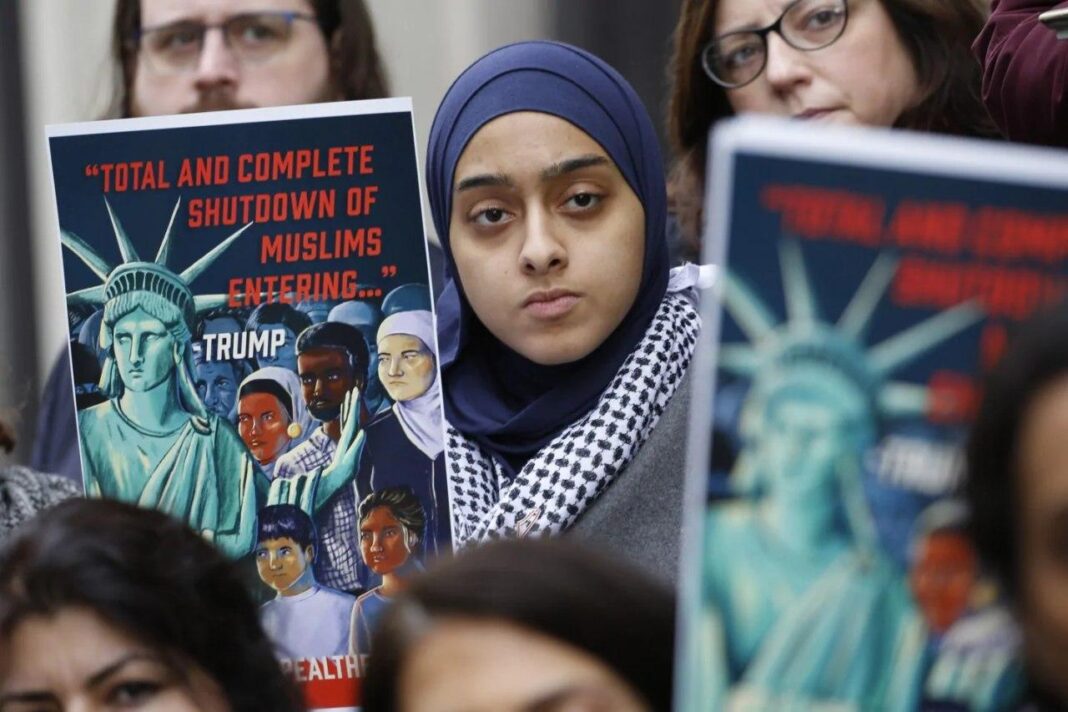 Trump on Friday added six countries to his list of nations facing stringent travel restrictions, a move that will virtually block immigration from Africa’s most populous nation, Nigeria, and from Myanmar, where the Muslim minority is fleeing genocide.

Beside Nigeria, three other African countries, Eritrea, Sudan and Tanzania, will face varying degrees of restrictions, as will one former Soviet state, Kyrgyzstan. Myanmar’s Rohingya Muslims could also be caught in the crossfire.

All six countries have substantial Muslim populations. The total number of countries now on the restricted travel list stands at 13.

Immigrant visas, issued to those seeking to live in the United States, will be banned for Nigeria, Myanmar, Eritrea and Kyrgyzstan. The ban will also prevent immigrants from Sudan and Tanzania from moving to the United States through the diversity visa lottery, which grants green cards to as many as 50,000 people a year.

The proclamation will take effect on February 22. Immigrants who obtain visas before then will still be able to travel to the United States, officials said. Nonimmigrant visas, including those for students and certain temporary workers, as well as visas reserved for potential employees with specialized skills, will not be affected by the ban.

Immigrants will be able to apply for waivers from the restrictions. The administration has said waivers are issued to those who would experience undue hardship if denied entry into the United States, although the process has been criticized as opaque.

The administration has argued that the ban, enacted in 2017 to restrict travel from Muslim-majority countries, is necessary to ensure that countries satisfy security requirements for travel into the United States, or face restrictions until they do, the New York Times reported.

The expansion of the restrictions, which already affected more than 135 million people in seven countries, is likely to hinder more than 12,300 potential immigrants in the next year from resettling, finding work or reuniting with their families in the United States. The effect on Nigeria, not only Africa’s most populous country but also its largest economy, could be particularly severe. The United States issued more than 7,920 immigrant visas to Nigerians in the 2018 fiscal year, the second-most of any African country.

Officials with the Department of Homeland Security and the State Department who briefed reporters on the condition of anonymity said Eritrea, Tanzania and Kyrgyzstan were being added to the list because each country had either had not satisfied the administration’s information-sharing requirements related to terrorism or did not have updated passport systems.

The officials said Sudan remained a state sponsor of terrorism, even though the country has transitioned to a civilian-run government from one ruled by its military.

While Nigeria has partnered with the American military, the officials noted an “elevated risk and threat environment in the country,” when justifying the travel restrictions.

The ban drew several legal challenges but, after some adjustments, was narrowly upheld by the Supreme Court in June 2018. The ban initially restricted travel from Iran, Libya, Syria, Yemen, Somalia and Chad — as well as Venezuela and North Korea. Chad was later removed from the list. The court’s majority argued that the policy was not a Muslim ban, citing the inclusion of North Korea and Venezuela and the administration’s process of granting exemptions.