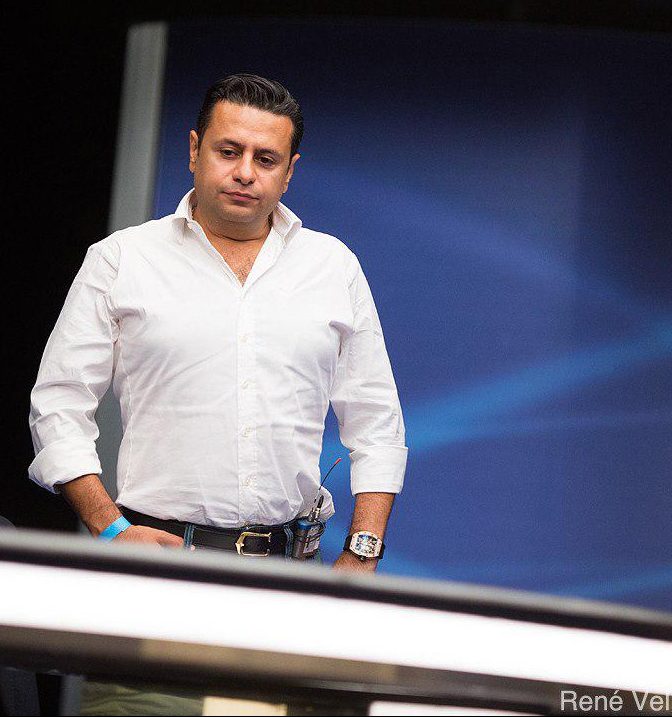 It was April 2016, and at the Super High-Roller event in Monte Carlo, one player stood out among the rest. His name was Ali Reza Fatehi, and he was an unknown quantity that was about to join the ranks of poker pros in Europe. Fatehi is now a name that poker lovers in Europe know well, but compared to other pros on the professional circuit, he still flies under the radar.

Where It All Began

It’s surprising that an Iranian man could do so well at the tables given that there are no poker options readily available in Iran. But Fatehi isn’t your typical Iranian. The businessman turned poker pro got his start playing with friends as a teenager, learning several variations of the game from his close friend Farbod Goharbin. Then when based in Dubai, he honed his skills in online poker rooms before rekindling his love for the live game on a business trip to the Côte d’Azur (French Riviera).

On a whim, Fatehi entered a European Poker Tour (EPT) Super High-Roller event with a $112,000 buy-in. He joined 45 other players in the event, and by the final day, he was the chip leader facing off against seven seasoned pros of the game. Unfortunately for Fatehi, his run ended at the final table. He finished third, but still, he managed to walk away with an impressive $937,000.

He was an unknown player who showed 40+ seasoned pros on how to do it. And he was only getting started. But more on that later.

Always Ready with a Smile

Fatehi has become well-known in poker circles, not only for his impressive poker skills but also, his friendly demeanor. The man himself says that he is always this way, whether it’s with family or friends, doing business or playing poker. His positive attitude seems to rub off on his counterparts, and his opponents are often genuinely pleased to sit at the table with him.

Fatehi’s positivity is something that reflects well on his home country as well. As is often the case, there are many misconceptions about Iran, and it’s always pleasant to see an Iranian busting myths, proving that Iranians should be known for their hospitality. While gambling may be forbidden in our home nation, Fatehi’s popularity among the poker elite is welcome news.

We mentioned earlier that Fatehi’s first appearance was a Super High-Roller event in Monte Carlo, and there is a specific reason for that. Fatehi intentionally seeks out events with high buy-ins as he feels that these are the ones that attract the best players in the world. He wants to improve his skills by playing against the best, and the pressure of such a high buy-in only adds to the excitement.

Since that event in Monte Carlo, Fatehi has continued to enter events on the European Poker Tour. He has made slow and steady progress in the money stakes by placing well, bringing home decent winnings in several events. In December of 2016, he took home $250,000 after playing in two events over two days. That’s not bad for a relative newcomer.

In 2017, he limited his action, not making much at the tables. He only entered four events, with 13th place his highest finish of the year. He still managed to earn short of $50,000 for his troubles, although with buy-ins and travel expenses, he likely barely broken even.

However, by 2018, he was back in form again. Two days in Cyprus earned him a first-place finish and $114,000. Then in April, he found himself back where it all began at the Super High-Roller event in Monte Carlo. He once again finished in third place, netting $816,000 for his troubles.

Fatehi has himself stated that he wants more Iranians to start playing poker and has encouraged all his friends and family to pick up the game. He feels that if he can do it, so can anyone, and while we appreciate his kind words, we reckon it takes a lot of skill to achieve the success Fatehi has. But his words aren’t lost on his fellow countrymen. Since he appeared on the circuit, there have been more Iranians entering events on the European Poker Tour than ever before.

For his part, Fatehi intends to remain on the European Poker Tour for now, but the World Series of Poker is on his radar. Unfortunately, travel and visa requirements make this a difficult undertaking, and so, he must make his mark in Europe. It’s a shame because we’d love to see how far he would make it in the world’s most famous poker event.

Fatehi is currently second behind Amir Vahedi in the all-time money list for Iranian poker players. Vahedi, a stalwart of the game, had career earnings of a little over $3.2 million before he sadly passed away in 2010. Vahedi is the only Iranian to win a bracelet at the World Series of Poker, obtaining his in the 2003 No Limit Hold ‘em event, an achievement that Fatehi would love to match.

Fatehi’s current career earnings are over $2.2 million, and he has only been in the game for under three years. Should he continue this upward trajectory, it’s hard to imagine him not taking over as the greatest and highest-earning Iranian poker player of all time. But that World Series of Poker bracelet could be a long way off, though.

The Super High-Roller event is right around the corner, and in his current form, Fatehi will expect a deep run in the event. Who knows, he might even win it this time. They do say the third time is a charm, yes? We know who we’ll cheer for anyway, and if he ever makes it to the U.S., we’re sure he’ll have lots of support in Vegas.