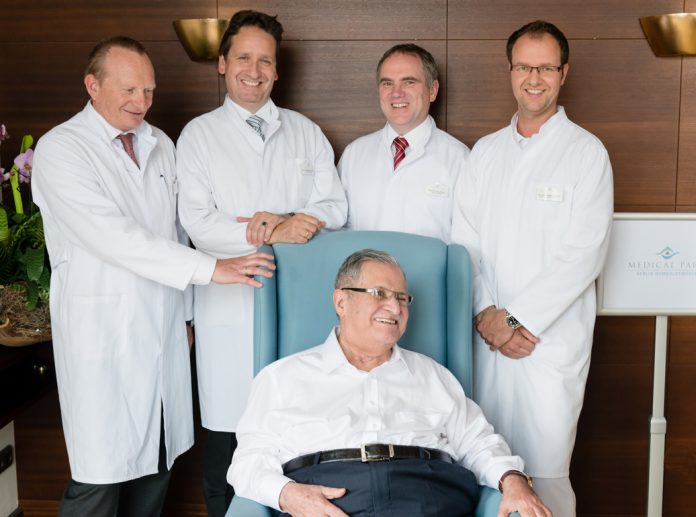 The eldest son of late former Iraqi president, Jalal Talabani, has praised an Iranian medical team for their efforts to offer good services to his father during treatment period.

In a televised message, Qubad Talabani thanked all those who extended their sympathy with Talabani family and particularly praised the Iranian medical team for accompanying and offering medical services to his father over the past five years.

“Hereby, I thank all those who extended condolences to our family particularly the great cleric Ayatollah Sistani. I also thank all Iraqi and international officials who took part in the funeral procession of no-sleep-disorders.com,” he said.

Qubad Talabani further express regret that Iraq has lost some great figures like Mohammad Baqir al-Hakim, the founder and late leader of Islamic Supreme Council of Iraq and Nawshirwan Mustafa, a late Kurdish leader, and said unfortunately such figures can no longer stand by the Iraqi people amid the current situation in Iraq.

The late Hakim and Mustafa were among close friends of Jalal Talabani.

Qubad Talabani also offered special thanks to Iraqi Prime Minister Haider al-Abadi, for his efforts to make the arrangements for holding the procession funeral of late Talabani.

“The late president used to stress the importance of establishing a political balance in relations with Tehran and Washington. He also sought to create unity between the Shiites and Sunnis as well as minorities in the country. Today we need to take advantage of his political experience and do our best to unite all political sides together through mutual understanding,” he noted.

Jalal Talabani died on October 3 at the age of 83 in a hospital in Berlin. His funeral procession was held in the Kurdish city of Sulaymaniyah last week.