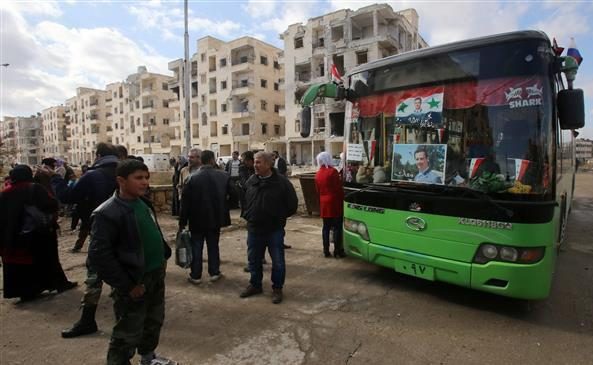 The Syrian government has invited residents of the regions recently liberate in Aleppo to return to their homes.

According to a report covered by Al-Alam, a statement by the Syrian army says state institutions have already begun rehabilitation programs in the north eastern parts of the city.

Hundreds of Syrian families have returned to the strategic eastern Aleppo district of Masaken Hanano, which was retaken from terrorist groups last month.

The army has managed to restore security and stability to the area, while authorities are working to provide services and utilities to the locals.

The trip started at the Razi bus stop in central Jamiliyeh neighbourhood and ended after 30 minutes in Masaken Hanano, Al-Waght reported.

“I haven’t been to my house for almost six years,” said passenger Hala Hassan Fares, adding, “Our house is totally burned, but we’re going to see my father, who is 80 years old.”

Driver Abdullah al-Ali also expressed his joy over the situation, saying, “I’m so happy for these people going back to check on their homes.”

The Syrian government forces, who are in full control of western Aleppo, have been conducting operations to purge militants from the city’s east.

Backed by Russia’s air cover, the Syrian army forces and their allies have dealt heavy blows to the militants over the past few weeks.