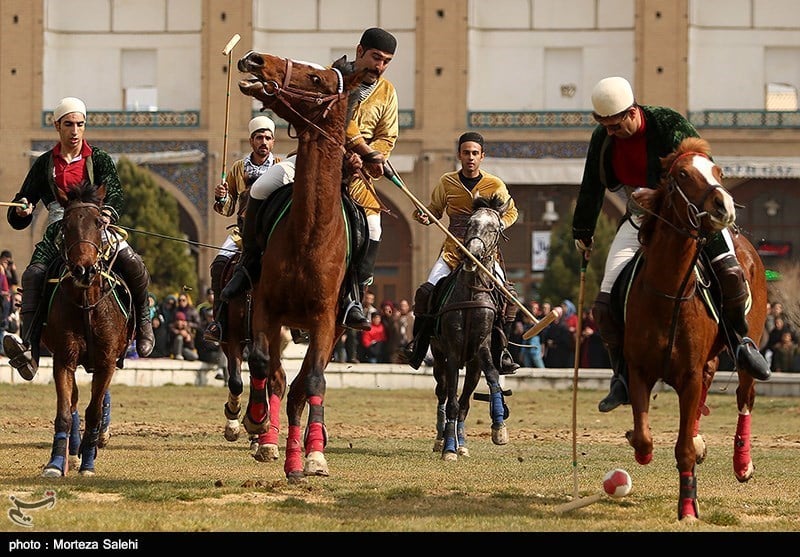 On the occasion of the ten-day celebrations of the anniversary of the 1979 Revolution across Iran, a symbolic polo contest was held in the Naqsh-e Jahan Square at the centre of Isfahan.

The governor of Isfahan along with a group of citizens of the historical city attended the event.

Each polo team consists of four riders and their polo ponies. In Persia, polo enjoyed great patronage under kings and noblemen and became known as chovgan. The game continued to be supported by Mongol rulers of Persia in the 11th century, as well as under the Safavid dynasty. In the 17th century, Naqsh-e Jahan Square in Isfahan was built as a polo field by King Abbas I.

Here are photos of the contest retrieved from the Tasnim News Agency: