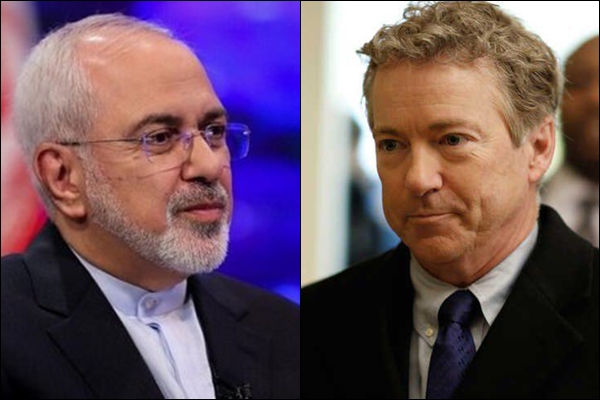 While US Senator Rand Paul says he cannot disclose details of his recent confidential meeting with Iranian Foreign Minister Mohammad Javad Zarif, an informed source has revealed some details to an Iranian newspaper.

According to the source, who talked to Etemad newspaper’s Sara Massoumi on condition of anonymity, Zarif tells Paul in the July 15 meeting in New York that Iran’s policy is not based on “negotiation for negotiation”, and that the US government has failed to implement its previous commitments.

Zarif tells Paul Iran won’t negotiate under pressure and coercion, and the Establishment’s decision under the current circumstances is to reject negotiations given the US’ excessive demands, the source said.

After Paul’s insistence, the source added, Zarif makes it clear that the Establishment’s declared and practical policy is not to negotiate with US.

“Zarif tells Paul he cannot make the decision to change this policy on his own, because the foreign minister only implements the policies declared and specified [at higher levels].”

Paul, in turn, tells Zarif the decision to blacklist him had been taken a few days earlier, and the meeting with Trump at White House may change that decision, the source added.

In response, Zarif once again refers to the Establishment’s decision not to negotiate under the spectre of pressures, the source said.