Sky-Watchers in Iran Amazed by Longest Lunar Eclipse of Century 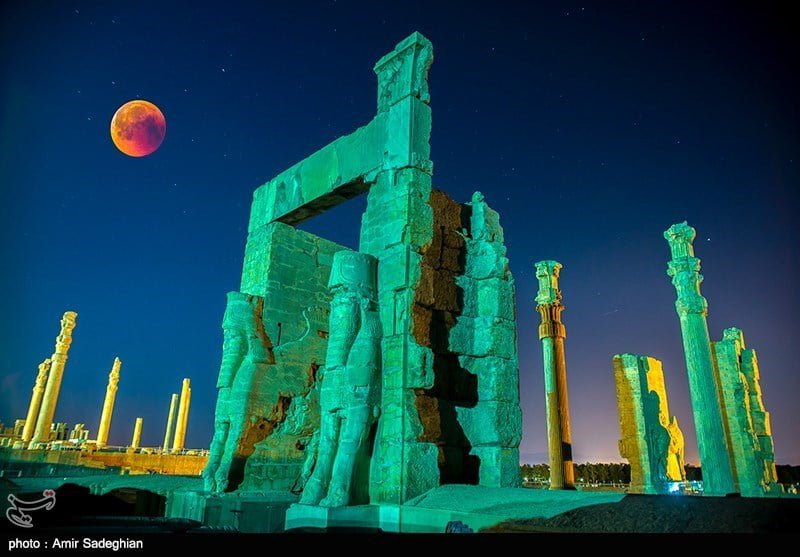 Iranian sky-watchers on Friday night enjoyed watching the century’s longest lunar eclipse, in which the moon was partly or fully in Earth’s shadow.

The Friday eclipse was the longest one in the century, lasting for more than six hours from late Friday to Saturday morning.

A total lunar eclipse, which is one of the most interesting astronomical events, happens when Earth takes position in a straight line between the moon and sun, blotting out the direct sunlight that normally makes our satellite glow whitish-yellow.

During the total eclipse known as “blood moon”, the silver moon turned red for 103 minutes.

The term comes from the crimson red shade the moon takes when it is in Earth’s shadow.

People equipped with telescopes and binoculars gathered at Tehran’s Milad Tower, Azadi Tower and other places to watch the total lunar eclipse.

Unlike with a solar eclipse, viewers needed no protective eye gear to observe the rare display.

The following are photos taken of the eclipse in various Iranian cities: