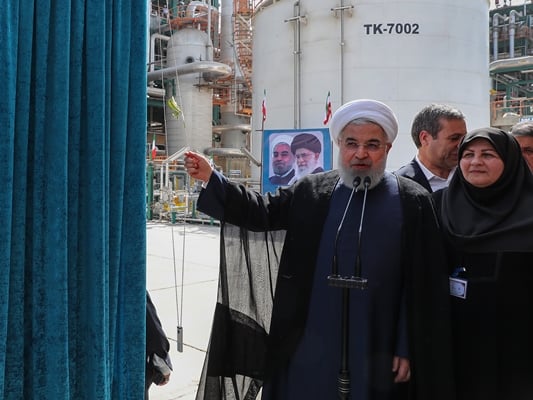 Iranian President Hassan Rouhani on Tuesday inaugurated three new petrochemicals projects during his visit to the southern city of Asalouyeh in Bushehr Province.

Among the projects was Marjan petrochemical plant in Phase 2 of South Pars Gas Field in Asalouyeh, which produces up to 1.6 million tonnes of methanol annually.

The new plans are expected to boost Iran’s capacity of producing petrochemical and polymer products from 62 million tonnes to 65.5 million tonnes.

The projects were reportedly completed at a cost of $570 million.

Asalouyeh is located on the shore of the Persian Gulf some 270 km southeast of the provincial capital of Bushehr.

It is best known for its South Pars, the world’s largest natural gas field that is shared between Iran and Qatar.