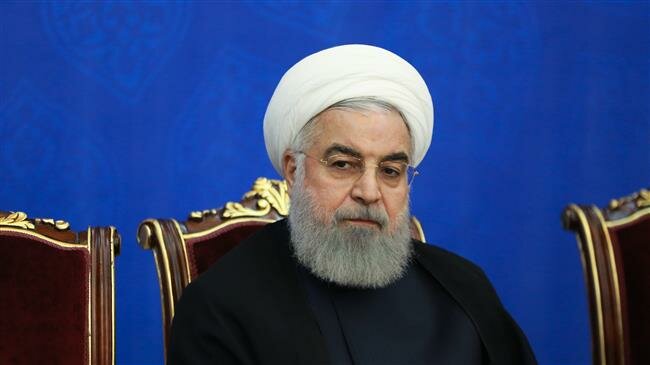 President Hassan Rouhani says the US' sanctions against the Iranian nation are a “crime against humanity” as they have effectively targeted ordinary people, hampering their access to food and medicine.

“The hard days and the problems created by the US’ economic war have started,” Rouhani said in a Wednesday meeting with a group of Iranian lawyers in Tehran.

The Iranian president described the war as a “crime against humanity,” saying the sanctions have created troubles for the people’s livelihood and made it more difficult for them to access food and medication.

The US government re-imposed its sanctions against Iran after it unilaterally withdrew from the nuclear deal with Tehran in May 2018. Washington recently stopped issuing sanctions waivers for Iran’s eight largest oil clients in a bid to cut down the country’s oil exports to zero. It has also threatened the buyers of Iranian oil with sanctions if they fail to stop their purchases.

US President Donald Trump also imposed sanctions on Iran’s export of industrial metals in a bid to cut all sources of revenue for the Islamic Republic.

Despite the US’ claim that the sanctions are merely aimed at changing the Iranian government’s behavior, they have practically endangered the lives of many Iranian patients.

“Despite the illegality of sanctioning food and medicine, the US government is preventing access to these vital resources and has therefore put in danger the lives of many patients from small children to the elderly who are in urgent need of medicine and medical equipment,” President of the Academy of Medical Sciences of the Islamic Republic of Iran Alireza Marandi said in a letter to United Nations Secretary General António Guterres back in November.

He pointed to the clear detrimental effects of these sanctions on Iranian children suffering from cancer and said, “The US sanctions policy on the Islamic Republic of Iran has been devised in such a way that prevents all banking exchanges including access to essential medicines and medical equipment which are now virtually impossible.”

A photo recently went viral on the Iranian social media, showing a long line of patients in front of Tehran’s Rajaei Heart Hospital, waiting to receive pacemakers, whose prices have reportedly increased by more than five times following the Trump administration’s cruel sanctions.