Riyadh Has No Right to Decide for Syria: Envoy 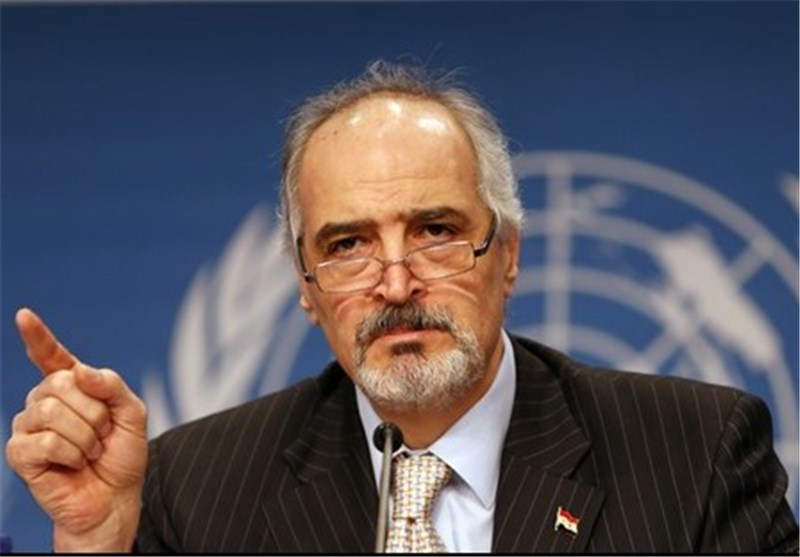 Syria’s ambassador to the United Nations Bashar al-Jaafari Bashar al-Jaafari on Tuesday ruled out any role for terrorist groups and non-Syrian sides like the Saudi regime in the ongoing Geneva negotiations with opposition groups.

The negotiations in Geneva are related to Syria, and Riyadh or others cannot decide about it, Jaafari said in a press conference held in the Swiss city.

He assured that the Syrian conflict should be settled by Syrians themselves and explained that terrorist groups, including militants coming from all around the world, have no right to be involved in the negotiations.

The Syrian envoy also said presenting demands as a preconditions for negotiations is unacceptable.

As for the duration of the negotiations, Al-Jaafari said it depends on the willingness and the determination of both sides, adding that the first immediate objective is to make sure the talks continue and that everyone is on board.

Earlier, Jaafari had said that the negotiations are still in a preliminary phase and called the opposition “not serious”.

“We are still in the preparatory phase for indirect talks… We still don’t know who opposition delegation is,” Jaafari said following his meeting with UN Special Envoy for Syria Steffan de Mistura.

The peace talks coincided with a triple terrorist bombing in Damascus on Sunday which left more than 50 civilians dead. The bombing was claimed by the Daesh (ISIL) terrorist group.

The Syrian army, in their turn, launched their biggest offensive in a year, north of Aleppo on Monday.

According to the Syrian Observatory for Human Rights monitoring group, with the capture of the hilly countryside near Aleppo the Syrian army has been able to put a key supply route used by terrorists into firing range.

The Geneva peace talks mark the first attempt in two years to hold negotiations to end the Syrian conflict. The goal of the talks is that all factions on the ground in Syria, except Daesh and al-Nusra Front, agree on a ceasefire. The UN has urged world powers to push for a ceasefire once the peace talks begin.