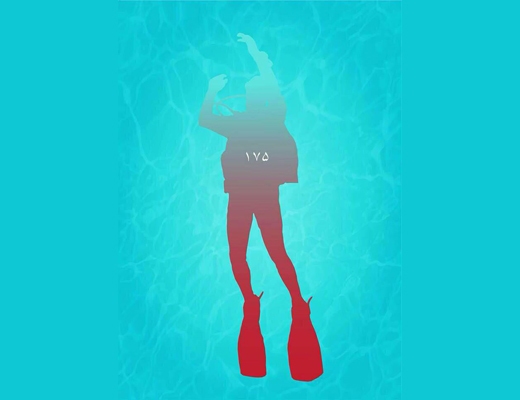 Iranians mourn in social networking sites the loss of 175 Iranian divers who are believed to have been buried alive during the Iraqi-imposed war.

The remains of some 270 Iranian soldiers who were killed during the eight-year war Saddam’s Iraq imposed on Iran back in the 1980s returned home on Monday [May 18].

The commander of the Missing in Action (MIA) Search Committee of the Iranian Armed Forces said the bodies of the fallen soldiers – who were recovered in Al-Faw, Abu Flous Port, Shalamcheh, Majnoon and Zubeidat – were brought to the country through Shalamcheh Border Crossing in Khuzestan Province.

Brigadier General Mohammad Bagherzadeh further said as many as 175 bodies belong to Iranian divers who were killed by the forces of the Ba’ath regime during Operation Karbala-4 with their hands tied, adding some of the retrieved bodies bore no scars indicating that the divers might have been buried alive.

Etemad daily on May 23 published a report on the martyred Iranian divers and what happened in the virtual world after news of the final homecoming of the divers broke. The following is the translation of excerpts from the report:

The link of the general’s remarks was shared on Tuesday by Iranian journalists in social networking sites with an emphasis on the divers being buried alive or being killed with their hands tied. From Wednesday through Friday the link found its way to other online pages with users creating their own hashtags – including #hand-tied and #175 – to join fellow online mourners and remember the martyred divers.

Pages on Twitter, Facebook and Instagram became alive with messages on the loss of divers with many starting to share old pictures of the divers as well as a piece of design by Abbas Emad Haghi, a graphic designer, in memory of the divers who finally came back home, but not in one piece.

Abbas Emad Haghi, whose design [featuring an Iranian diver under water] changed hands in social networking sites, wrote in the caption, “When I was working on this design, initially I tied the hands. I got scared. It is horrible to tie somebody’s hands even in the virtual world, let alone in reality!”

Operation Karbal-4, which is known as an unsuccessful military operation of Iran in the war against Iraq, revealed – after several years – its tragic and gloomy face in messages written by online users [Facebookers, Tweeters and Instagram followers] who were not even born when the operation was launched, or they were at a very young age.

Internet users tried to put aside their political, religious and social differences and used the recovery of the martyrs’ bodies as an excuse to show respect for the heroes of the homeland.

The release of the news of the homecoming of martyred Iranian divers and the shock a hashtag [#hands-tied] created prompted Iranians to set aside ideological and political differences for a while.

Some talked about the loved ones they lost in battlefields and some others spoke about a war which is still ongoing, a war which drags on in Iranian society and among the families of the MIAs as long as their loved ones remain missing.