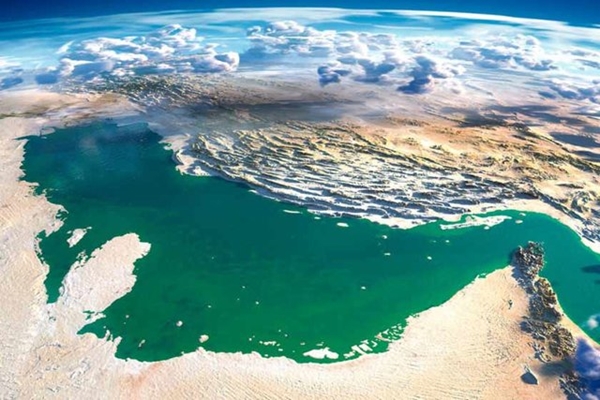 Zarif made the remarks in a message to a conference marking National Persian Gulf Day in the southern city of Shiraz on April 30. The message was read out at the event by the Foreign Ministry’s director general for Persian Gulf affairs.

“In our national calendar, this day is a reminder of a glorious memory in Iran’s history and is a well-established witness to the identity of the people who have lived next to its blue waters for centuries,” read the message.

“The Persian Gulf is the origin of age-old, everlasting cultural and social values that have been manifested in its people’s identity,” he added.

“The Persian Gulf is the source of producing wealth in different forms in this region and is reminiscent of bravery, zeal, a courageous spirit and a dedicated campaign against the aggression of any foreigner who has an eye on it (the Persian Gulf),” Zarif said.

He said in his message that the geo-political and geo-economic importance of the Persian Gulf region has always drawn the attention of extra-regional players.

“The energy and international trade lifelines in the heart of the Persian Gulf have upgraded and institutionalized the status of this region as one of the most vital international issues,” he noted.

The foreign minister noted political and social developments in some regional countries over the past several decades have set the stage for the unnecessary presence of trans-regional players in this area.

“Having the longest coastline, the Islamic Republic of Iran believes the Persian Gulf should stay strong to remain safe in the face of events and greed,” he added.

The top diplomat underscored that the growth and development of the Persian Gulf is contingent upon a “strong region” approach, not simply a “strong state” one.

“But the presence of foreign military troops and mass arms purchases have weakened the region instead of strengthening it, and we are of the conviction that security, strength and tenacity of the Persian Gulf can be insured through cooperation and constructive interaction among regional countries, not through purchases of weapons along with reliance on foreign powers and coalitions which are doomed to fail,” Zarif noted.

“The Islamic Republic of Iran has always insisted on its fundamental positions regarding the necessity of confidence-building, dialogue and cooperation among regional countries, and has underlined the need to refrain from relying on extra-regional powers,” Zarif said.

“The idea of establishing a regional forum for dialogue emanates from this strategic viewpoint,” he said.

He expressed hope the conference will be able to realize its objectives.