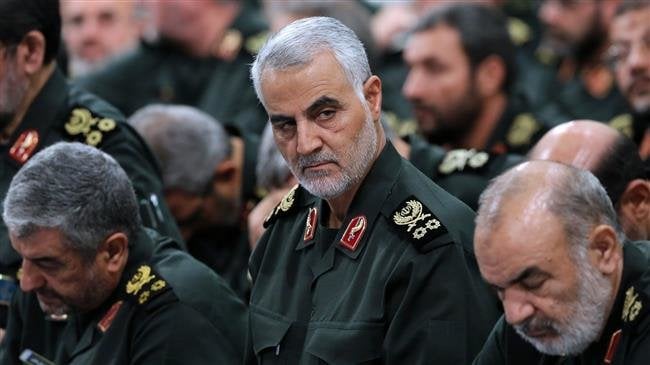 Saudi Major General Ahmed al-Assiri, who has allegedly been fired over the killing of Jamal Khashoggi, took part at a meeting in Riyadh in 2017 that involved plans to assassinate the kingdom’s “determined enemy,” Iran’s Major General Qassem Soleimani, as well as sabotaging Iran’s economy, The New York Times reports, citing three sources familiar with the matter.

The March 2017 meeting in Riyadh brought together businessmen that “pitched a $2 billion plan to use private intelligence operatives to sabotage the Iranian economy,” read the report released Sunday.

As the meeting came at a time that bin Salman was consolidating his power in the kingdom, the report concludes that planning for assassinations, like that of dissident journalist Khashoggi, started “since the beginning of Prince Mohammed’s ascent.”

Assiri’s top aides also “inquired about killing” Iran’s General Soleimani as the attendees were trying to “win Saudi funding for their plan,” read the report by the US daily.

General Solemani has been at the forefront of Iran’s advisory efforts in Syria and Iraq, two Muslim countries suffering from Takfiri militancy, allegedly backed by Saudi Arabia and some other US allies.

Iran’s foreign ministry has accused Washington of seeking to wage an extensive “psychological war” against Tehran, insisting that such US measures are not worthy of much concern.

The new revelation adds to the embarrassment the US ally is facing in the wake of Khashoggi’s assassination at the Saudi consulate in Istanbul as well as violation of human rights in the war on Yemen.

“The interest in assassinations, covert operations and military campaigns like the war in Yemen — overseen by Prince Mohammed — is a change for the kingdom, which historically has avoided an adventurous foreign policy that could create instability and imperil Saudi Arabia’s comfortable position as one of the world’s largest oil suppliers,” added the report.

Turkish intelligence intercepts reportedly show that Khashoggi, who was last seen entering the Saudi mission in Istanbul on October 2, was murdered on a direct order from the Saudi de facto ruler.

Saudi Arabia has acknowledged the murder, yet left many questions unanswered.

Khashoggi had been there to obtain a document certifying he divorced his ex-wife.