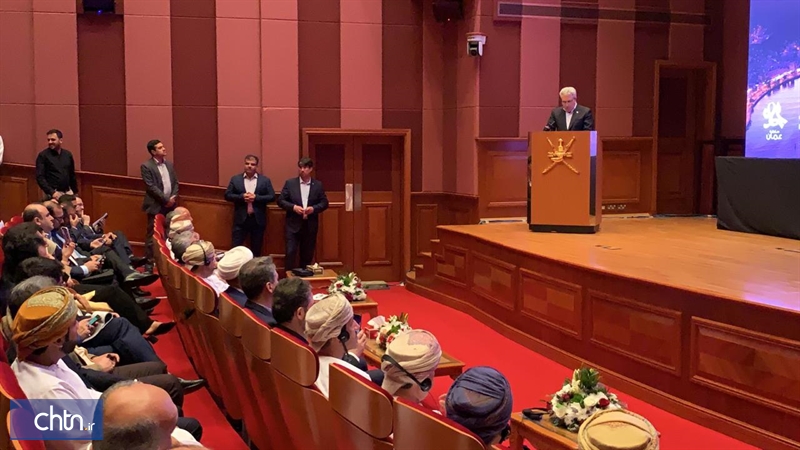 Addressing a meeting of the private sector tourism activists from Iran and Oman in the Arab country on Tuesday, Mounesan said he was delighted to visit Oman, a beautiful country that promotes peace and friendship.

Highlighting the significance of tourism industry in the contemporary era, the Iranian minister said, “In fact, in an age that the tools and technologies in industry and agriculture are increasingly replacing human force, the global tourism industry with great capacities for services and exports could save the societies from poverty and unemployment.”

He also cited the advantages of tourism industry, such as rapid job-making, low investment for every job, inclusiveness, and even distribution of wealth and income.

“As the world’s third biggest economy, tourism is taking fast steps to take the first place. By relying on this industry, no country will be ever worried about the exhaustion of its natural and nonrenewable resources anymore,” Mounesan added.

According to the World Tourism Organization, Iran has been ranked the second fastest-growing country in terms of attracting foreign tourists, the minister added, noting that the number of tourists who have visited Iran in the first six months of the current Iranian year has risen by 26 percent compared to the corresponding period last year.

He also unveiled plans to strengthen the tourism industry by setting up traditional house hotels and boutique hotels, devising the national document on the promotion of tourism, creating new tourist lines, carrying out 2,451 projects across the country with an investment of $20 billion, providing legal support for the investors, and facilitating the process of issuing licenses.

“Everything betokens an emerging economic boom in our country in a not too distant future,” the minister added.

Highlighting the close bonds between Iran and Oman in light of their religious and cultural commonalities and their shared traditions and customs, Mounesan said Iran’s move to remove visa restrictions for the Omani citizens reveals the Islamic Republic’s determination to ease the travels by foreign tourists.

He said around 49,000 Omani tourists visited Iran in the first half of the current Iranian year, which shows as 362 percent increase compared to the same period a year before.

Iran’s main advantage in the tourism industry is the diversity of the fields available to the foreign tourists, he explained.

Describing the maritime routes as a suitable option for enhancing the trip routes and reducing the costs of travel, Mounesan said the private sectors of Iran and Oman could contribute to stronger bilateral relations and create new grounds for the promotion of tourism industry in the both nations.