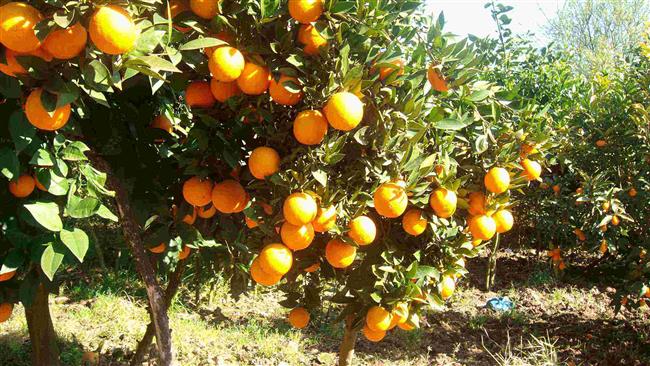 An Agriculture Ministry official says that the market for Iran’s horticultural products has been thriving after the country's nuclear agreement with P5+1.

Iran’s nuclear accord bears fruit in season for its horticulture growers who are on course to export $2 billion of citrus and other products to neighboring countries, an Agriculture Ministry official says.

“After the nuclear agreement with P5+1, the market for Iran’s horticultural products has been thriving so far that Russia and the Central Asian states have joined it,” the official added.

Up to 50,000 metric tons of citrus fruit will be exported to the neighboring market this year, Tahmasbi said. Iran is the world’s seventh largest producer of citrus fruits, including a variety of oranges, tangerines, limes and lemons.

Citrus groves are mainly spread across the fertile land near the Persian Gulf in the south and the northern Caspian Sea in the provinces of Mazandaran, Gilan, Fars, Kerman, Khuzestan, Hormuzgan and Bushehr.

Because of its unique ecology and rich soil, Iran is the largest fruit producer in the Middle East and North Africa where the variety of climatic zones makes it possible to cultivate a diverse group of crops.

Tahmasbi said more than 16 million metric tons of horticultural products are harvested annually from 2.6 million hectares of orchards, with production expected to grow this year because of better yield, especially of grapes and apples.

Agricultural products buck the trend in Iran where consumers usually prefer foreign-made commodities to local ones. In recent years, however, the Iranian taste buds are being put to the test amid a rise in irregular imports of fruits which many believe can’t hold a candle to the local produce.

Agriculture accounts for 13% of Iran’s GDP and over 20% of its employment. The sector has traditionally been the key foundational block of the Iranian society, but it began to lose much of its significance since the first oil wells were struck.