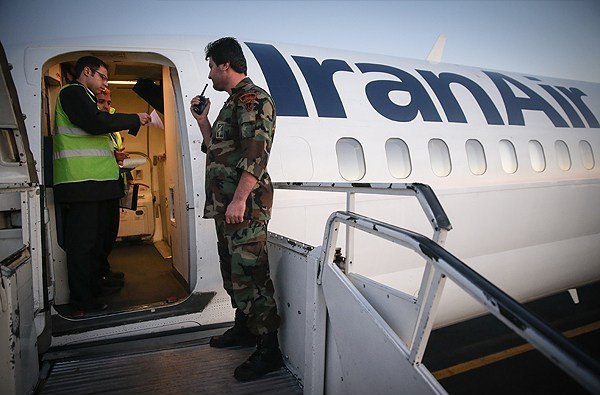 The IRGC aviation security units have managed to foil all hijacking attempts during the past thirty years, turning the country’s air routes and airports into the safest ones in the region.

The counter-hijack unit of Iran’s Islamic Revolution Guards Corps (IRGC) was formed 30 years ago upon orders by late Leader of the Islamic Revolution Imam Khomeini. Since then, no successful hijack attempt has taken place in Iran. The Persian-language Tasnim News Agency has, in an article, explained the issue more. The highlights of the article follow.
The aviation industry is of great significance as it is one of the world’s leading industries associated with the rapid transport of passengers and cargo.
According to the statistics released by Iran’s Civil Aviation Organization, well over 22 million passengers were transported by the country’s air fleet in the year to March 2017. There were also 714,000 takeoffs and landings during the same period.
In a country which has so much air traffic and which lies on one of the world’s busiest air corridors, one of the key issues would be ensuring the security of air routes and airports.

Wave of Hijackings Begins after Iran’s Revolution
Amid threats facing the country following the 1979 Islamic Revolution of Iran, a few planes were hijacked by elements of the Mojahedin-e-Khalq Organization (MKO) terrorist group in the early years after the revolution.
“In 1984, MKO elements hijacked two planes from Iran every week, and they hijacked 16 airliners altogether,” said Mohsen Rezaei, the then IRGC commander.
Tensions in relations between Iran and France provoked hijackings in 1979 and 1980. Some high-profile figures of the former Iranian regime were in France which refused to extradite them. Moreover, Paris provided Baghdad with arms.
Several Iranian airplanes were hijacked in those years, which prompted the IRGC to go into action. The Late Imam Khomeini adopted a serious decision to put an end to the hijacking saga in Iran. Based on the Imam orders, no plane was allowed to take off without an IRGC guard on board. The Imam’s order was announced to the Intelligence Department of the IRGC.
Four days after Imam Khomeini’s order was issued, the first plane was hijacked and MKO elements forced the pilot to change course and fly toward Iraq. Then the plain-clothes air marshals on board, who were IRGC guards, shot at the hijackers. A bullet hit the heart of one of the MKO terrorists, and the people aboard were saved.
After that incident, the IRGC’s counter-hijack unit was formed whereby the IRGC was tasked with providing security along air routes and the country’s airports.
Thirty years on since then, there has been no successful hijacking attempt in the country, nor has there happened any terrorist act in the country’s airports.
This shows the IRGC’s high capability to ensure security along the country’s air routes and airports. According to international aviation organizations, Iran’s air routes are among the ones with highest security in the world.