No Prospect for Dialogue Unless US Uses Language of Dignity: Iran 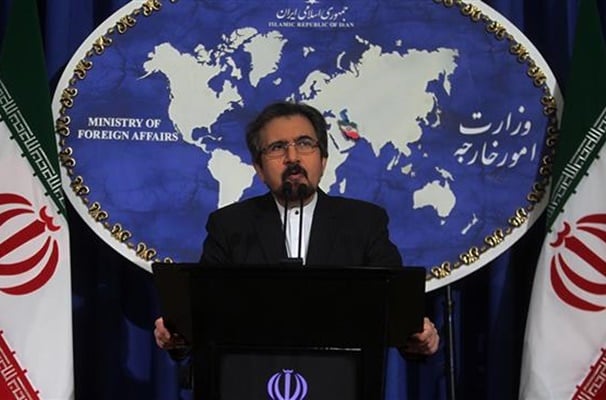 Iranian Foreign Ministry Spokesman Bahram Qassemi says there is no prospect for dialogue between Iran and the US in any area before Washington uses the language of dignity.

Qassemi made the remarks in reaction to the latest statements by US President Donald Trump on the most severe US sanctions on Iran and his hope for reaching a new comprehensive deal with the Islamic Republic.

“I think Mr Trump needs to call on journalists and observers in the US to provide him with an in-depth report on the historical developments of Iran,” he said.

Throughout their long and glorious history, the Iranians have proved that they do not change their wise thoughts and actions in the face of bullying behaviours and threats and will not do so.

“As long as the US fails to speak with the language dignity instead of threat and sanction in the face of the greatness of the ancient and civilized nation of Iran, there would be no prospect for any dialogue between the Islamic Republic and the US regime in any area.”

Whenever faced with foreign invasion throughout the history, Iranians have used the language of brave resistance, logic, knowledge and wisdom and finally pushing the invaders out of their lands, he said.

He also pointed out that the US’ withdrawal from the Iran nuclear deal was a clear example of the Trump administration’s failure to keep its promises, treason and explicit violation of the international law and regulations.

The US pullout of the JCPOA along with other violations, unilateralism and selfishness by the US against even its own allies have put the country in a historically scandalous situation and defamed it in the world more than ever, he said.

Qassemi underlined that today there are a few independent states from the East to the West which see a bright prospect for establishing cooperation, signing treaties with the US government and remaining confident and optimistic about its behaviours.

He then said the Iranian government and nation reject any form of sanctions, pressure, bullying behaviour and police and illegal measures by any state against others and vehemently condemn such “uncivilized” moves.

“Iran once again remind the US government of the fact that over the past 40 years, Iranians have remained indifferent to the so-called harsh and paralyzing sanctions imposed by various US administrations through resorting to their resolute will and relying on their own capabilities, smartness and seriousness,” he said.

The spokesman said Iran has never bowed before the bullying behaviours of the US and will never do so in the future.

“As an economic terrorist state which threatens other independent states, nations and corporations in the world through sanctions, the US government is too desperate to inflict a blow on the will of the Iranian nation which is resolute enough to preserve its independence, fight against terrorism, and remain committed to stability, security and economic development of the region,” he said.

He then said it is better for the US and President Trump to stop using threats, sanctions, pressure, violation and unilateralism against other states and nations of the world instead of expressing hope to reach a new comprehensive deal with Iran.

President Trump claimed Thursday that his decision to abandon the Iran nuclear deal had already curbed Iran’s aggressive behaviour and hoped for reaching a new comprehensive deal with Tehran.

Trump’s decision to unilaterally pull out of the Iran nuclear deal back on May 8 has sparked tensions between the US and its major allies in Europe.

Iran has announced that if its benefits under the JCPOA are not guaranteed by the European sides of the nuclear deal, it sees no further reason to remain in the deal.

Iran’s Leader of the Islamic Revolution Ayatollah Seyyed Ali Khamenei ordered the country’s atomic energy body on Monday to prepare itself for an increase in uranium enrichment capacity up to 190,000 SWUs if the nuclear deal with world powers falls apart after the US pulled out.