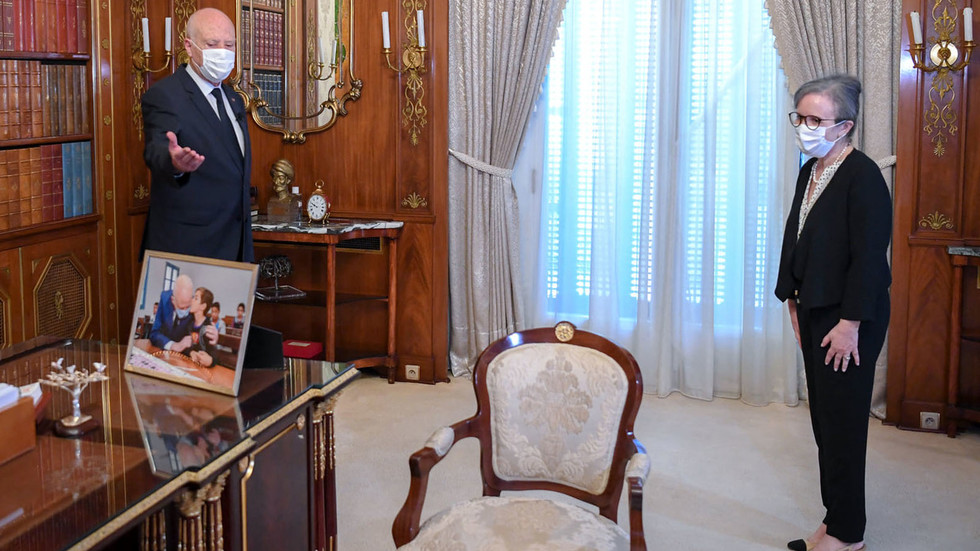 Tunisian president Kais Saied has approved the new government selected by Prime Minister Najla Bouden Romdhane. The country has been grappling with a political crisis for months.

The development came on Monday, 11 weeks after Saied sacked the prime minister, suspended parliament and granted himself judicial powers in a July 25 power grab that opponents have termed a coup.

“The president of the Republic has issued a decree naming the head of government and its members,” the presidency said in a statement, shortly before state TV broadcast a swearing-in ceremony.

On Monday, Bouden named Samir Said, a banker, as economy and planning minister, and Taoufik Charfeddine as interior minister.

She kept Othman Jerandi as the foreign minister and Sihem Boughdiri as finance minister – both had been appointed earlier by Saied.

Fadil Aliriza, editor-in-chief of Meshkal, Tunisian news and analysis website, told Al Jazeera that many of the new members of the government are new to the political scene of Tunisia.

“We are just learning about many of these members, these are not members who’ve been part of political parties or large on the political scene before today,” he added.

“Many of them are coming from academia, about half of them are professors or lecturers at universities, about a third of them are women … some of them are technocrats, they have been working as civil servants within the ministries that they are now heading. Some are lawyers, some are judges,” he continued.

The appointment of a new government has been urgently requested by Tunisian political players and foreign donors for weeks and Saied has said he would after its appointment launch a dialogue about the future.

In her first public speech since her nomination, Bouden noted on Monday that “the fight against corruption will be the most important aim” of the new government.

She also promised to “raise living standards” of Tunisians and “restore their faith in the state”.

But Saied has significantly pared back the powers of her office and will technically head the administration himself.

In a speech following Monday’s ceremony, he reiterated that his moves were constitutional in light of “imminent peril” facing Tunisia.

Saied added he had acted to “save the Tunisian state from the clutches of those who lurk at home and abroad, and from those who see their office as booty or as a means to loot public funds”.

He also promised to “cleanse the judiciary”.

Saied, elected on an anti-system ticket in late 2019, has stated his action seeks to save Tunisia from “imminent peril” and a socioeconomic crisis aggravated by the COVID-19 pandemic.

Although Saied’s measures in July enjoyed significant public support, civil society groups warned of a drift away from democracy.

At least 6,000 Tunisians rallied on Sunday against a presidential power grab.

Tunisia was the birthplace of the Arab Spring uprisings, with the resignation of the country’s longtime ruler Zine El Abidine Ben Ali in January 2011.