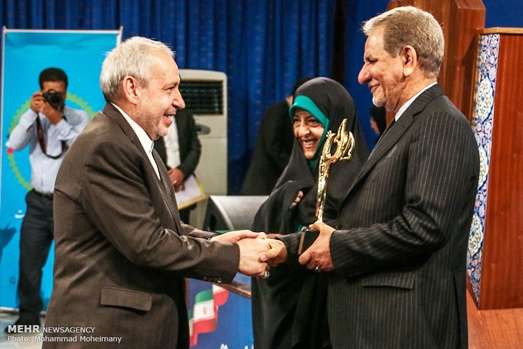 The winners of the 11th National Environment Award were announced during a ceremony attended by First Vice President Eshaq Jahangiri.

The first award in the category of state bodies went to the Education Ministry for its efforts in line with sustainable development, including texts on the environment in school books and planting some 2 million trees by students.

The third award was handed to the Ministry of Youth Affairs and Sports due to establishing a centre for environment and sustainable development and also for athletes’ support for the environment.

In the category of environmental NGOs, the women’s society combating air pollution in Isfahan won the first prize.

The second award winner in this category went to Kimiyaye-Sabz NGO for its support for the Mighan wetland in Markazi Province, and for its other environmental activities. The group dedicated their award to another NGO for educating children on the environment.

The third award was bestowed on the environment committee of the Mehr Foundation for its activity in the field of environment and tourism. They also donated their award to the family of Amir Arsalan Piruti, a ranger killed by poachers. Mehr Foundation also announced that it would launch a mobile centre to educate children on the importance of the environment.