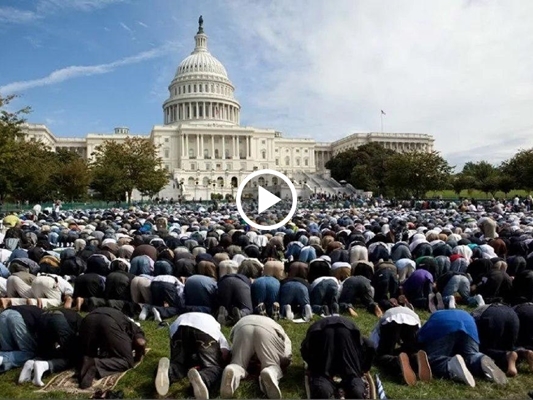 A group of Muslim people held a mass prayer in front of the White House in Washington D.C. to protest US President Donald Trump's travel ban on the one-year anniversary of its signing.

Addressing the group of protesters on Saturday, National Policy and Advocacy Director Lakshmi Sridaran reported that hate violence in the US increased by 45 percent “from the year before leading up to the presidential election cycle.”

President of the Hebrew Immigrant Aid Society (HIAS) Mark Hatfield called Trump’s travel ban “the ultimate insult to those who perished in the Holocaust.”

Trump signed an executive order on January 27, 2017, banning citizens of seven Muslim-majority nations from entering the US. The order was met with nationwide protests and court moves to block the ban.

The US Supreme Court plans to issue a final ruling in late June on the legality of the latest version of the ban, which affects residents from six countries (Iran, Chad, Libya, Somalia, Syria and Yemen) instead of the original seven.