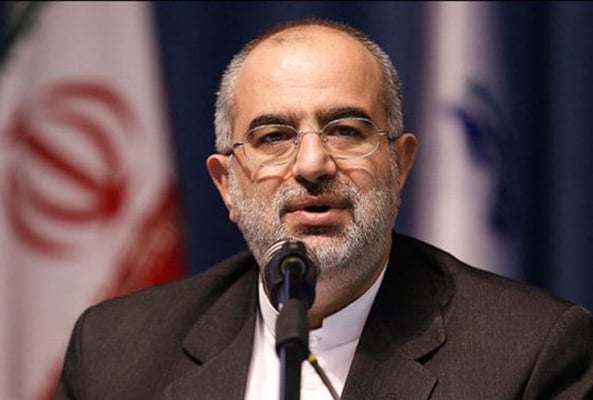 An adviser to president of Iran has deplored the Parliament’s “cunning” plan to advance a bill about the JCPOA and withdrawal from the NPT, saying the legislature seeks to hijack the results of the administration’s careful analysis, as a promising prospect for Iran’s economy under Biden is certain.

In a post on his Twitter account on Wednesday, Hesameddin Ashena said he sees hidden motives behind the recent parliamentary motion on strategic action for lifting of the sanctions and safeguarding national interests.

According to the article VI of the motion, the government is required to suspend the voluntary implementation of the Additional Protocol of the Nuclear Non-Proliferation Treaty (NPT) and block inspections beyond the Safeguards agreements within two months under certain conditions.

Under the new plan, the Iranian administration will be bound to withdraw from the Additional Protocol in case the remaining parties to the Joint Comprehensive Plan of Action (JCPOA) – France, the UK, Germany, Russia and China- fail to honor their commitments in full within two months after the new law comes into force, if Iran’s banking relations are not normalized, if the obstacles to the Iranian oil export and sale are not removed, or if the revenues from the sale of crude are not repatriated in that period.

In his tweet, Ashena said it is a “cunning game to raise a possibility”, noting that the lawmakers presume that Iran will win a series of economic concessions within the first month after inauguration of US president-elect Joe Biden.

“According to the Parliament’s motion, we will have two months to prevent a suspension of the Additional Protocol. Let’s suppose that it (the motion) comes into force on December 21. The deadline will be February 19 (2021), namely one month after the beginning of Biden’s tenure! In other terms, they (MPs) will be hijacking the definite concessions under Biden in the name of the parliamentary plan and the pressure of threats, not in the name of the administration and the Ministry of Foreign Affairs’ correct analysis and three years of national fortitude,” Ashena added, noting that the parliamentarians will then link the improvement of economic conditions to the righteousness of their own interpretations.

The adviser finally stated that initiators of the proposal might also take advantage of such game to advance their campaigns in the upcoming presidential election in Iran.

A Bill to Help Lift Sanctions

Following the approval of the generalities of the bill, Spokesman for the Parliament’s Foreign Policy and National Security Commission Abolfazl Amooi said the Strategic Action to Lift Sanctions Motion is aimed at removing sanctions and safeguarding the Iranian nation’s interests, and follows several objectives.

Its first goal, he added, is to “open the locks put on the country’s nuclear industry” and pursue the objectives of other slain Iranian nuclear scientists who sacrificed their lives for the sake of the country’s development and progress.

“The country’s nuclear program should move forward in accordance with our country’s needs and we expect this bill to be reinforced and expanded after being adopted and to move full steam ahead,” he said.

The MP also touched upon other objectives of the plan.

“Countering sanctions imposed by Western countries on the Islamic Republic of Iran is another objective of this plan. We should make their sanctions bring costs upon them,” he added.

“Imposing sanctions on the Iranian nation cannot be without costs [for them]. Moreover, the Strategic Action to Lift Sanctions Motion is aimed at changing the enemies’ calculations. We should move forward so as to make the imposition of sanctions costly for them, and at the same time show that disrupting people’s security and killing our scientists and the deputy defense minister for political affairs will not come without costs.

“The enemies shouldn’t think that if they commit acts of terror, their action will go unanswered. Part of their definitive punishment will be followed up outside this parliament and at security and military institutions, which is the Parliament’s demand,” he said.

In comments on Tuesday, Spokesman for the Iranian Administration Ali Rabiei said the cabinet is opposed to the parliamentary bill as it would not provide any help in lifting the sanctions.

The administration believes that the matter comes within the purview of the Supreme National Security Council, as no branch of power is allowed to make decisions about the JCPOA and Tehran’s nuclear program independently, he added.

Rabiei said while the main concern for the Parliament has been to remove the sanctions with the new bill, a rise in the storage of enriched uranium with 20 percent purity level and withdrawal from the Additional Protocol would make the sanctions permanent.