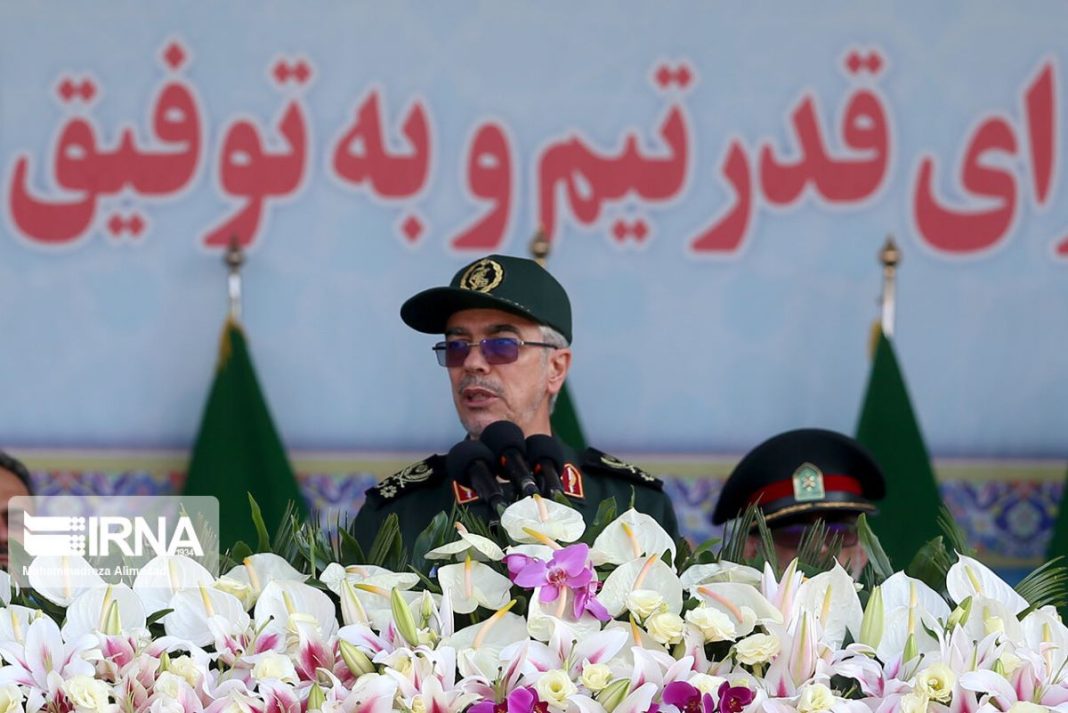 Iran’s top military commander calls on neighboring Azerbaijan and Armenia to resolve their border issues peacefully, delivering a stern warning against any attempt aimed at changing the regional borders in the vicinity of the Islamic Republic.

“We have repeatedly declared that we do not tolerate any changes to the region’s borders,” said Chairman of the Chiefs of Staff of the Iranian Armed Forces Major General Mohammad Baqeri during a military parade in Tehran on Thursday.

“We advise Azerbaijan and Armenia to resolve their problems through peaceful channels. We do not tolerate any resort to clashes and war and will not sit idly by in the face of it,” he said.

The comments come amid renewed border tensions between the Republic of Azerbaijan and Armenia.

Baku is believed to be seeking to change the borders by seizing more land in the direction of the Azeri territory of Nakhchivan, which borders Turkey to the northwest, Armenia to the north and east, and Iran to the south.

Elsewhere, the Iranian military chief cautioned the Persian Gulf littoral Arab kingdoms against the divisive agenda of the Israeli regime in the region.

The presence of the Zionists disrupts regional security and Iran keeps all their activities in the region under watch, he said.

“If we sense any threat, we will deal with both the elements of the Zionist regime and their sponsors simultaneously,” the top commander said.