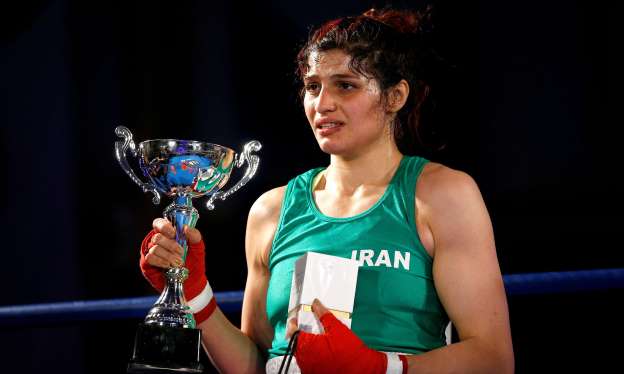 Iran's Sadaf Khadem has become somewhat of a trailblazer this year after becoming the first official female boxer to come out of her home nation.

Khadem, the first ever Iranian woman to contest a proper boxing match, overcame French opponent Anne Chauvin in an amateur meeting earlier in April of this year.

The 24-year-old enjoyed her successful ring outing in France, with this having had to be based abroad because it proved too difficult to fulfill outlined requirements that the bout be refereed judged by women as well. This was in spite of having the blessing of Iranian sporting authorities.

Khadem made her winning amateur outing in her nation’s flag colours, having donned a green vest and red shorts at the fight in the western French town of Royan. She will hope to follow in the footsteps of the likes of Ireland’s Katie Taylor in competing at the top level of the women’s sport, with the undisputed lightweight champion being the favourite in the boxing betting in a potential rematch with Delfine Persoon.

The female fighter could have been forgiven for expecting a huge welcome back in her home country upon returning back there, following on from her impressive performance. But things haven’t gone according to plan at all and much controversy has been involved since the bout.

Hossein Soori was quoted by an Iranian news agency to have said that Khadem was not a member of the nation’s organised athletes for the sport of boxing and that from the federation’s perspective all her activities are just personal.

Khadem later claimed that her trainer Mahyar Monshipour, whom she travelled to the fight with, was at threat of being arrested. He is a French-Iranian former professional boxer who is also a previous world champion and currently serves as an adviser to the French sports minister.

Khadem said after the match that she was fighting in a legally approved match in France, donning shorts and a t-shirt against the typical conventions for Iranian sportswomen.

Nevertheless, this young woman has taken a huge step in paving the way for future female fighters to follow a similar path and continue to break boundaries through boxing.