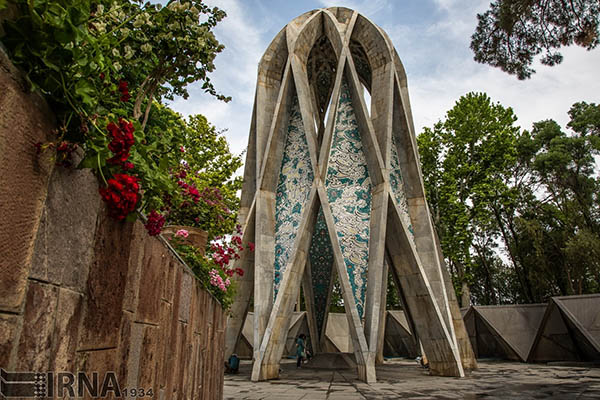 To much of the world and certainly to English-speaking readers, he is the poet of beautiful Rubaiyat (quatrains), but Omar Khayyam is also known and loved by Iraniand as a great philosopher, mathematician, and astronomer.

Khayyam was born in Nishapur in 1048, and received a good education in science and philosophy in his hometown before traveling to Samarkand to learn algebra. While there, he wrote one of the most important treatises in the field, the ‘Treatise on the Demonstration of Problems of Algebra’ (1070), which includes a geometric method for solving cubic equations by intersecting a hyperbola with a circle.

He was a member of the panel that reformed the Iranian calendar, resulting in the highly accurate Jalali calendar. He was invited to Isfahan by the Seljuk king to undertake the astronomical observations necessary for this reform. In Isfahan, he also authored fundamental critiques of Euclid’s theory of parallels, as well as his theory of proportion.

His fame in the west, however, rests upon the translation of the English writer Edward Fitzgerald of his poems in the book The Rubaiyat of Omar Khayyam. Khayyam keeps returning to a specific message in many of his quatrains, one which stresses the importance of living for today, because the future is uncertain and life is fleeting. His works often contemplate the riddle of life, and give voice to mankind’s doubts, regrets, and fears.

On May 17 every year, the anniversary of Khayyam’s birth is observed as National Khayyam Day. A ceremony is traditionally held on this day in his mausoleum in Nishapur, as well as in many other locations across the country and worldwide.

Below are three of his selected poems, as translated by Edward Henry Whinfield.

Since no one can assure thee of the morrow,

Will look for us in vain on many a morrow.

From doubt to clear assurance is a breath,

A breath from infidelity to faith;

Oh, precious breath I enjoy it while you may,

‘Tis all that life can give, and then comes death.

My life lasts but a day or two, and fast

Howbeit, of two days I take no heed,—

The day to come, and that already past.

For more of his poems in translation, see:

Below are some photos of Khayyam’s mausoleum, in his home city of Nishapur, courtesy of IRNA.