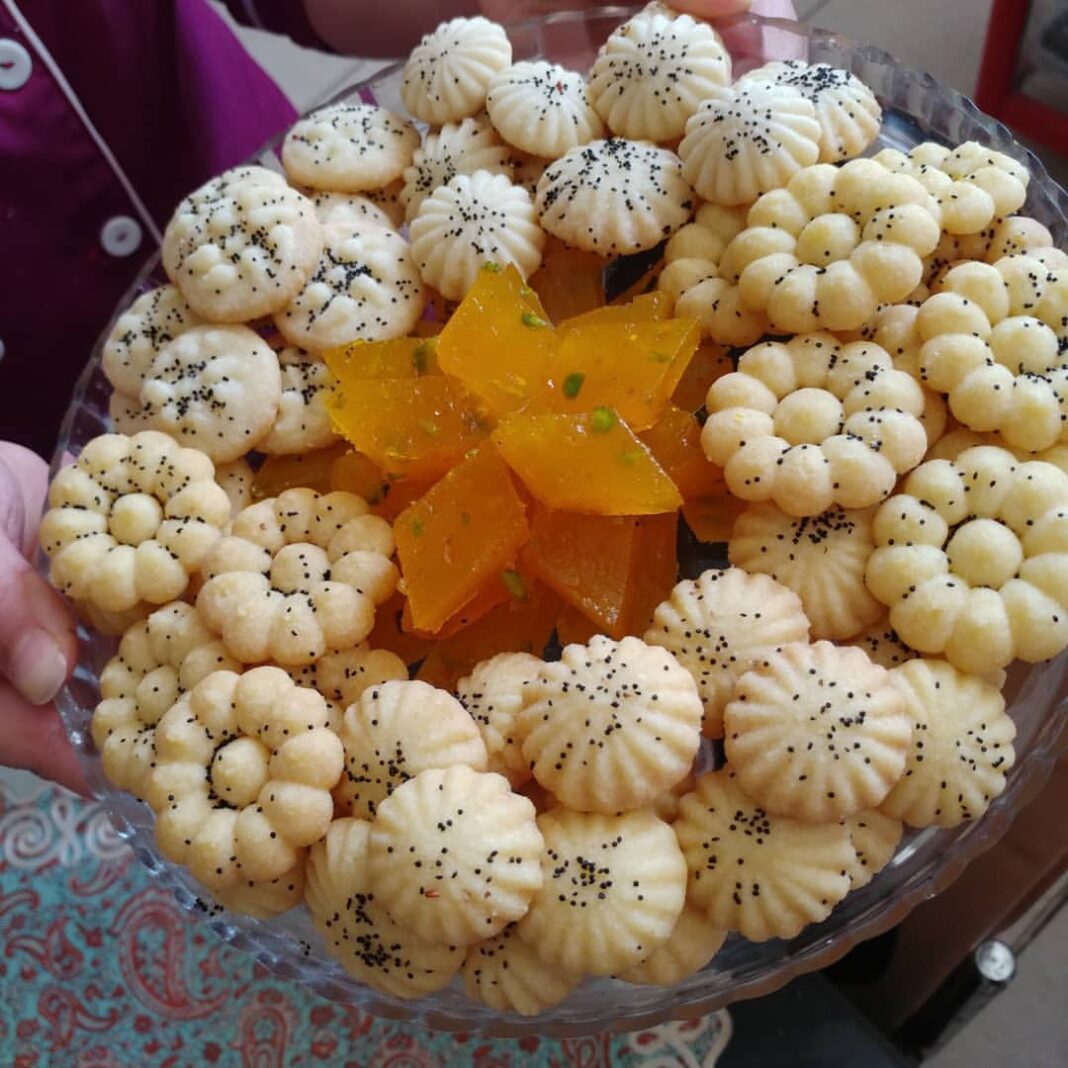 Masghati (starch fudge) and cookies are among the popular Iranian confections and a souvenir of the southern city of Shiraz in Fars province.

The “Art of Cooking Shirazi Masghati & Cookies” has recently been registered on the country’s List of Intangible Cultural Heritage.

Masghati is a delicious desert also used as confectionary. Masghati is the most famous souvenir of the provincial city of Larestan. So, it is also known as Shirazi or Lari Masghati.

With the ingredients mentioned below, you will be able to make Masghati for six people.

Then add solid oil and a little rosewater before mixing them well until you get a paste-shaped mixture. Pick a little of that and roll it into a ball-shaped piece before putting it on the tray. Then press it with a wooden stamp to get an embossed pattern. After that, put it in the oven and leave it there for 20 minutes at a temperature of 160 degrees.

Recipe
First, mix starch with cold water until starch completely dissolves. You’d better sieve it to get a consistent mixture. Now, pour the mixture of water and starch into a casserole and put in on the flame. Use low temperature to keep Masghati from becoming too dry at the end. Now, add sugar and mix it with the water and starch in the casserole until it dissolves completely. At this point, brew some saffron and add it to the ingredients inside the casserole.

Keep beating the ingredients until the mixture becomes thick. After the starch becomes thick, add rosewater and butter and mix it well. Now, oil the inside walls of the mould which is to be used for Masghati. We need to oil the mould to make it easier for Masghati to come off after it gets cold. Then pour the mixture into the mould and put some pistachio and almond slices on it and put it in the refrigerator for one hour to become hard.

After Masghati becomes hard, we get it off the mould, cut it into small pieces (usually cut into rhombus-shaped pieces) and put it in the plate. Msghati can be used both as dessert and confection. 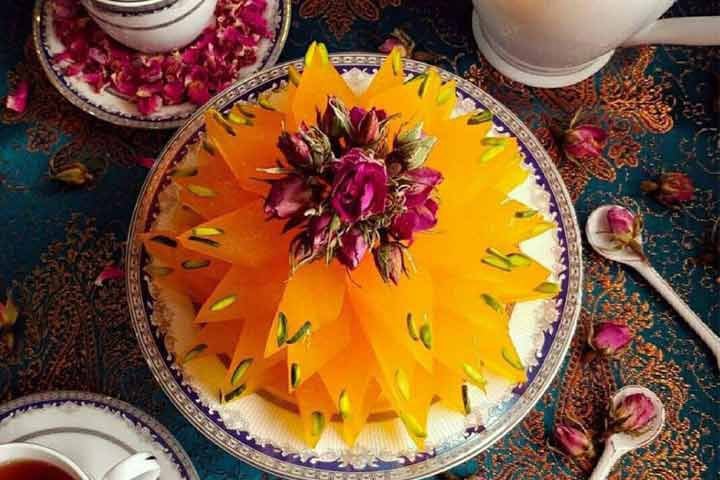