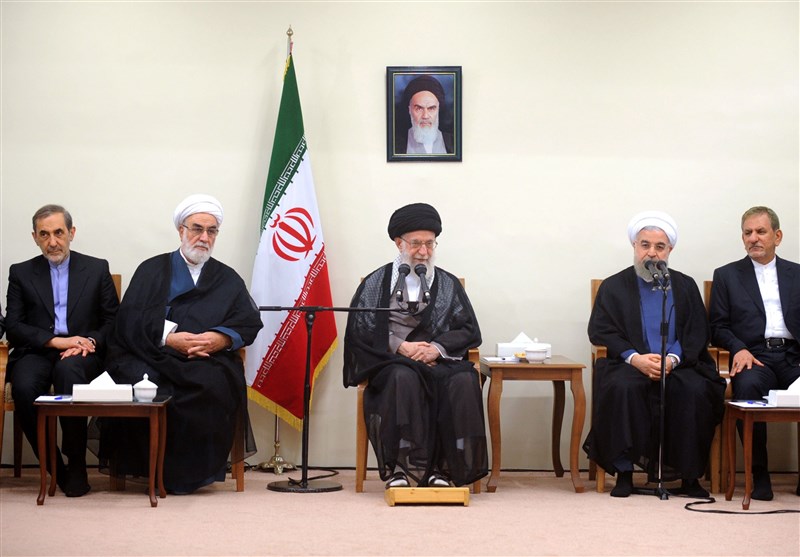 Leader of the Islamic Revolution Ayatollah Seyed Ali Khamenei highlighted the strong security in Iran despite crises and insecurity in the region.

“Thank God and through the appreciated efforts and endeavors of the military and security forces, the country enjoys a strong security shield while regional countries are filled with incidents and insecurity,” Ayatollah Khamenei said in a meeting in Tehran with President Hassan Rouhani and his cabinet members on Wednesday.

The Leader then pointed to the components of the country’s exemplary security, saying that “people’s revolutionary and religious spirit” forms one of the defense barriers of the country that must never be undermined.

The “military and security structures” and “defense gear and equipment”make up other components of Iran’s security, Imam Khamenei noted, adding,“The enemy is concerned about the country’s defense and missile power and, therefore, boosting the defense power should be helped and supported.”

Elsewhere, the Leader referred to foreign policy, which is one of the priorities of President Rouhani’s administration, and said that the country’s diplomatic power should be distributed in the world in an appropriate and balanced way.

Ayatollah Khamenei underlined that Asia, Africa and Latin America should have their fair share in Iran’s foreign policy.

The Leader also highlighted the importance of using the diplomatic capacity for economic development.

Imam Khamenei further described “apparent behaviors” in the field of diplomacy as unreliable, saying that the experience of the United States’ lack of commitment to the Joint Comprehensive Plan of Action (JCPOA)- a lasting nuclear deal between Tehran and world powers- taught the country‌ that it cannot trust the promises of any US administration and that it must not take a concrete step in return for their pledges.