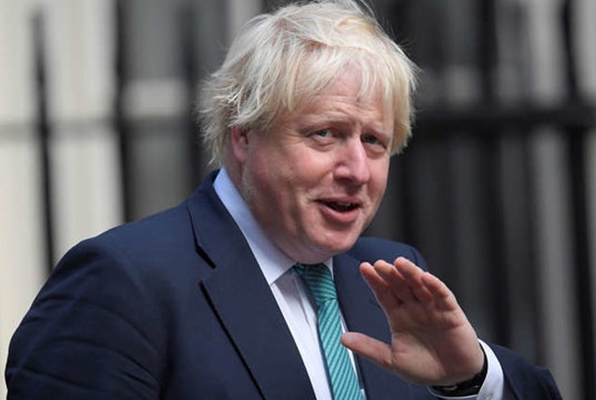 An Iranian international lawyer and foreign policy analyst has called on Boris Johnson, the incoming prime minister of the UK, to express his view on Iran’s right to reciprocate the Royal Navy’s seizure of an Iranian supertanker in the name of a domestic law.

In a message on his Twitter account, Reza Nasri posed a couple of questions for new British Prime Minister Boris Johnson.

“UK has seized an Iranian tanker invoking an EU law. This means UK apparently believes that EU laws -or EU “domestic” legislation- supplant international law, namely on the Freedom of navigation. What does Boris Johnson -a fervent Brexit campaigner- think of this argument?” he asked.

“In line with the argument invoked to seize Grace I, would UK government recognize Iran’s right to adopt a similar “domestic” legislation allowing its armed forces to regulate and physically impede the entry of certain goods to Saudi Arabia for the latter’s war crimes in Yemen?” the expert added.

“If not, on what ground would the UK Prime Minister NOT recognize such right for Iran?” concluded Nasri, who writes opinion pieces about international law, foreign policy, security, and the Iran nuclear deal.

The Geneva-based expert has posed the questions hours after Johnson was elected leader of the Conservative party to succeed Theresa May as the UK premier.

In a tweet on Tuesday, Foreign Minister of Iran Mohammad Javad Zarif congratulated his former counterpart on winning the race to become the next UK prime minster, and denounced the outgoing British premier’s government for seizing Iran’s supertanker Grace 1 in the international waters off the coasts of Gibraltar.

“The May govt’s seizure of Iranian oil at behest of US is piracy, pure & simple,” Zarif said.

On July 4, the British Royal Marines seized Iran’s oil tanker Grace 1 in Gibraltar on charge of trying to take oil to Syria allegedly in violation of the EU sanctions.

Analysts believe that Iran has exercised its legitimate right to act in retaliation for the UK act of piracy.