JCPOA would be over before it ever began if … 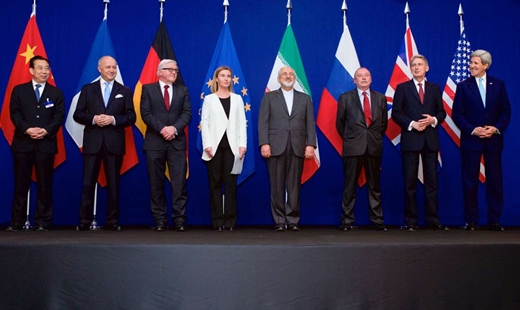 Alef, a principlist Iranian news website, has suggested that the eleventh government’s possible tolerance of the US breach of the Iran nuclear deal is unacceptable.

The final word should come first: those who are really willing to see the materialization of the Joint Comprehensive Plan of Action (JCPOA) and termination of economic sanctions should today show a strong reaction – in practice – to the US policy. And those who show tolerance today would be to blame for the failure of JCPOA in the future and can prepare for a memorial service for the Iran nuclear deal (JCPOA) already.

Alef.ir released a piece by Farhad Dadjoo on December 26 about the future of the Iran nuclear deal and what Tehran should do in reaction to the new US policy on Iran. The following is the translation of the piece:

1) Reports on the [huge omnibus] spending bill – that cleared the House of Representative and Senate last week and was signed into law by President Barack Obama – are indicative of the dishonest approach of US officials toward Iran by imposing new restrictions. Such restrictions, which definitely constitute breach of JCPOA, come as the ink on the [Iran nuclear] deal is still wet and Implementation Day has yet to arrive.

Visa requirement for those who have traveled to Iran (and a probable failure to give them a nod to set foot on US soil), sanctions to be imposed on economic institutions affiliated to IRGC and freezing part of Iran’s assets so that it can be paid as compensation to the families of the victims of terrorism (!) are some of the reports leaked to news agencies.

2. In the world of business, if you are willing to have firm relations with your trading partner, you need to show serious reaction to his/her first bad check. Such a reaction may strain your trade ties for a few days, but it will reassure you in the long run that s/he will not sign a non-payable check again.

The same rule applies to marital life as well. If you don’t want to spend all your time trying to settle your arguments [with your spouse], you need to take what you’ve agreed on in married life seriously and show objection to the first violation of the agreement.

3. What is said above is one principle of game theory. Your rival designs his/her strategy based on your previous reactions and possible [future] responses. Tolerance of any uncommon move of the rival translates to encouragement for the rival to choose a second uncommon move.

In other words, backing down in the face of violation of the agreement is a failing strategy in the first place. We have lost the game unless our reaction denotes the end of uncommon behaviors.

4. Russia’s strong reaction to the downing of its plane by Turkey is a good example of a game theory-based play, a sign which points to the price all players should pay for taking on Russia. Consequently, global players will exercise extra caution in picking their strategies vis-à-vis Russia.

5. Pessimistic analysts in the area of international relations believed that after the 2016 US presidential elections and possibly a Republican president at the White House, JCPOA will walk down a different path. The Iran nuclear deal would be violated under different pretexts and it would be a distant possibility for JCPOA to be honored at an eighth year.

Now that the Obama administration is still in office and Implementation Day of the Joint Comprehensive Plan of Action has yet to arrive, the American side has taken the initial steps to impose extra restrictions [on Iran]. The only measure the current US administration has done is sending a letter to suggest that these restrictions [imposed by Congress] will not put into force.

It seems that even cynical analysts could not imagine that at a short time after announcement [by two sides] that a deal has been successfully struck, the US government would issue signals which are 100 percent against JCPOA!

The ball is now in the court of the Iranian government. By seeking and inking JCPOA over the past two years, if the eleventh government had aimed to simply strike a political deal to send a signal to foreign countries and win people’s votes here at home, this piece has nothing to offer.

But if the Iranian government is seeking to make JCPOA return to the right path – namely, implementation by both sides of their commitments and undoing the knot of economic sanctions and improving public welfare (something the government insists on) – it is expected to react to the violation of the nuclear deal by the other side and send a signal which can result in a shift of strategy in the US.

If the government shows tolerance today, the country has to hold a memorial service for the Joint Comprehensive Plan of Action now [even before its implementation gets underway].