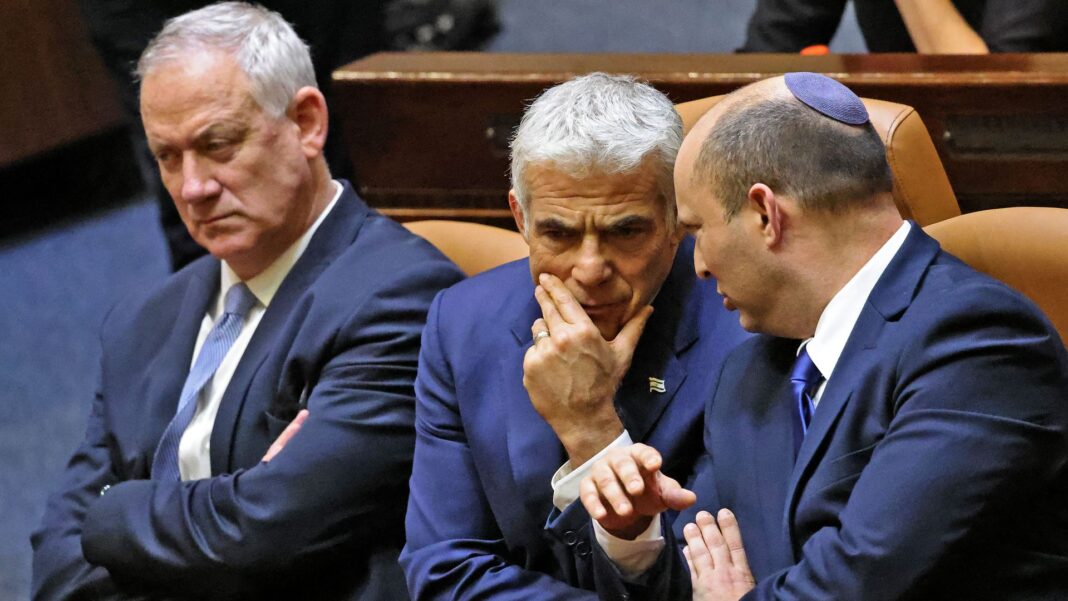 There is an internal debate inside the Israeli government about the best way to influence the US position regarding Iran, with Minister of Defense Benny Gantz and Foreign Minister Yair Lapid growing concerned with Prime Minister Naftali Bennett's increasingly confrontational approach, Israeli officials say.

Gantz will visit Washington Thursday as part of a renewed diplomatic push to influence the US position on Iran amid the impasse in the nuclear talks.

Bennett promised President Joe Biden when they met in August that he wouldn’t engage in a Benjamin Netanyahu-style public campaign against a US return to the 2015 nuclear deal.

But only 100 days later, Bennett is doing just that — drifting into a policy of criticizing the US position and publicly opposing any talks with Iran.

Gantz is lobbying for a quieter approach of private engagement with the Biden administration.

Israeli officials say Bennett’s decision to abandon the commitment he gave Biden was influenced by his hawkish foreign policy adviser, Shimrit Meir, who is critical of the Biden administration’s approach.

Although national security adviser Eyal Hulata is the official point person for dialogue with the White House on Iran, Meir is Bennett’s most influential adviser on this issue.

Gantz will land in Washington just as another round of nuclear negotiations begins in Vienna. He’ll meet Thursday with Secretary of Defense Lloyd Austin and Secretary of State Antony Blinken.

Ahead of the trip, Gantz met the new US Ambassador to Israel, Tom Nides.

The director of the Mossad intelligence agency, David Barnea, is also in Washington this week for talks with CIA Director Bill Burns and National Security Adviser Jake Sullivan, according to Israeli officials.

Gantz is expected to stress that the US must convince the Iranians they face a credible US military threat — through additional diplomatic pressure and a projection of power in the region — in order to get Iran to return to the 2015 agreement, Israeli officials say.

While the Israeli government opposes a restoration of the 2015 deal, Gantz and many in the Israeli security establishment believe the current limbo is actually far more dangerous.

Israeli defense officials say Gantz thinks the stalemate in the Vienna talks gives Israel more time to work with the Biden administration on developing a “Plan B”.

Gantz is also expected to raise the delay in congressional approval for $1 billion in aid to replenish Israel’s Iron Dome anti-rocket system. Sen. Rand Paul (R-Ky.) is holding up a vote in the Senate.

The Israeli government is content with the deadlock in Vienna so long as it leads to more sanctions on Iran rather than an alternative approach that’s more favorable to Tehran.

One such option, Israeli officials say, is an interim deal in which the Iranians get wide-ranging sanctions relief in return for suspending their 60% uranium enrichment.

Analyst: US will fail in plot to form Arab-Israeli ‘NATO’ against Iran

Iran: US staunch supporter of Israel as world’s number one child-killer