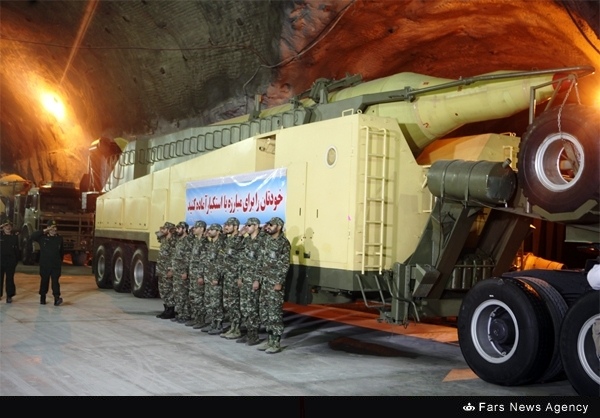 The IRGC Aerospace commander says that the Force will replace its current missiles with new generations of ballistic missiles as of next year.

The Islamic Revolution Guards Corps (IRGC) Aerospace Force has – for the first time ever – allowed the release of footage of its underground site where the force’s long-range ballistic missiles are based.

The images, aired by Islamic Republic of Iran Broadcasting (IRIB) and released by media, feature labyrinthine tunnels which are home to multiple long-range missiles, among them Ghadr missiles which come in two types: Ghadr-F (with a range of 2,000 km) and Ghadr-H (with a range of 1,700 km).

Sejil is another IRGC ballistic missile with a 2,000-km range [seen at the underground facility].

After inspecting the underground facility which has been built 500 meters underground deep under high mountains, Commander of the IRGC Aerospace Force Brigadier General Amir Ali Hajizadeh said that the force’s current missiles will be replaced with new generations of long-range missiles as of next year.

He further said that IRGC Aerospace Force has a missile base in almost every city.

The following are the images Fars News Agency released on October 14 of the underground facility: