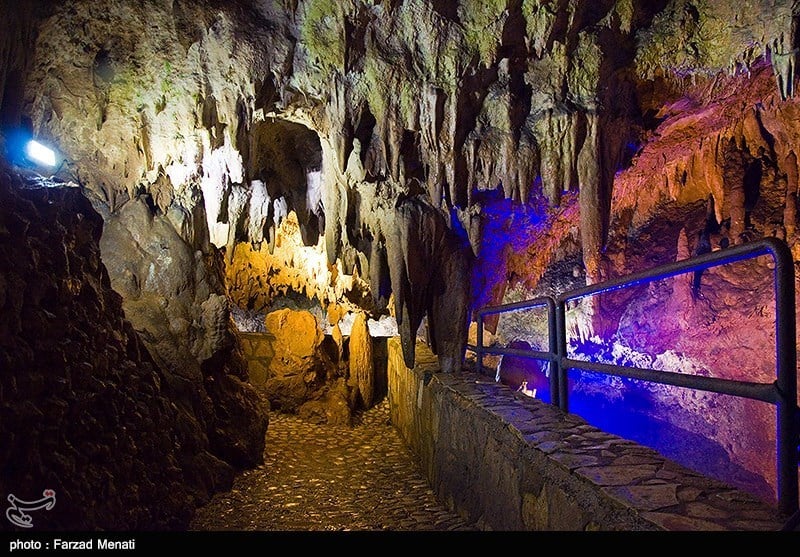 Quri Qala Cave, the longest of its kind in the Middle East with a history of 65 million years, is located in Kermanshah province, Western Iran.

The cave is located 25 km from Ravansar, on the slopes of Shahu Mountain, overlooking the Ravansar-Paveh road and in a village with the same name.

It was first explored in the 1950s, and in 1989 was further opened by an Iranian team. It has three main chambers, with calcite crystals, stalactites and waterfalls.

The cave is known for its colony of mouse-eared bats, and for a number of archaeological findings, including silver plates of the late Sassanid period.

Here you can see photos of the cave retrieved from Tasnim News Agency: