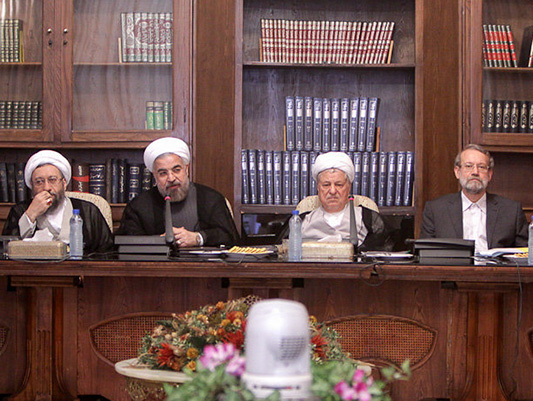 Iran’s president will preside over the Expediency Council (EC) sessions until a new chairman is appointed by the Leader of the Islamic Revolution, an EC member said.

Gholam-Reza Mesbahi Moqaddam, a senior politician and a member of the Expediency Council, announced that the Council, whose chairman Ayatollah Akbar Hashemi Rafsanjani recently passed away, can be chaired by President Hassan Rouhani until Ayatollah Seyyed Ali Khamenei appoints a new chairman.

“In the absence of Expediency Council’s chairman, if the country’s president is attending the session, he will preside over the Council; otherwise, Parliament Speaker [Ali Larijani] or Judiciary Chief [Ayatollah Sadeq Amoli Larijani] can chair the sessions,” he noted, according to a Farsi report by Mizan.

Ayatollah Hashemi Rafsanjani, who had passed away on January 8 after a heart attack, was laid to rest on two days later after a funeral attended by millions of Iranians.