Iran’s presence in Syria talks, a victory for diplomacy 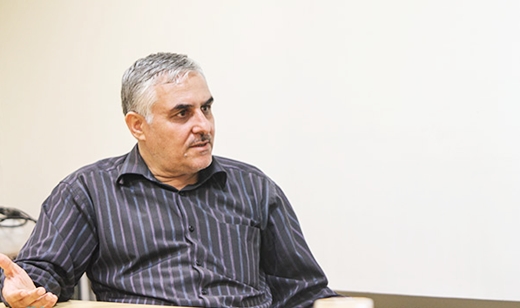 An advisor to the foreign minister has said that representatives of the Syrian government and the opposition should be part of interactive talks aimed at solving the Syrian crisis.

A former Iranian ambassador to Lebanon says that Iran’s presence in the Vienna talks on Syria signifies that the government’s diplomatic efforts have paid off.

Mohammad Ali Sobhani, who is now an advisor to Foreign Minister Mohammad Javad Zarif, further said thanks to the conclusion of the nuclear deal between Tehran and P5+1 earlier this year, the world now looks at Iran differently.

A new round of talks over the Syrian crisis is to be held on Saturday in the Austrian capital and an Iranian delegation led by Dr. Zarif will attend the talks. On November 10 Entekhab.ir released a report on the take of the former ambassador on the Syria talks. The following is the translation of what else the foreign minister’s advisor, who is also an expert in the Middle Eastern affairs, said:

The positive trend of working out a solution to the Syrian crisis has gotten underway. The path [the participants of Vienna talks are walking down] can help hammer out a solution to the crisis in Syria. In the previous round, a nine-point statement came out of the meeting that could serve as the basis for future cooperation and dialogue.

Above all, the culture [conclusion of] the Joint Comprehensive Plan of Action (JCPOA) fostered helped instill a sense of hope that such cases can be settled in an international atmosphere. I think this is a good start if we can cut the role of military options. It can be viewed as a model for dialogue and settlement of differences.

Iran’s presence in Vienna, a success for diplomacy

The fact that Iran has been invited to the Vienna talks means that the Iranian government has been successful in its foreign policy. Now world nations look at Iran differently, especially after the conclusion of the nuclear deal. On top of that, almost all parties involved in the Syrian crisis – Saudi Arabia excluded – have come to the conclusion that military solutions cannot defuse the Syria crisis. Over time, Saudi Arabia will gradually come on board.

Currently the stage has been set to pursue a political solution and proceed with peace talks through multi-tier efforts. There is no denying the fact that this trend will be associated with multiple challenges, because not everything will go swimmingly as long as outside players keep supporting armed groups [involved in the Syrian conflict].

The opposition should attend the talks

The groups opposing the Syrian government should be invited to the talks. This is a must. It is not acceptable for international players to hold a meeting in a European country and decide the future of the Syrian people. The Syrian opposition too should be part of the process [if it is expected to produce a solution]. Whether or not it happens in this round of talks remains to be seen, but there is no doubt whatsoever that it should happen for a solution to be worked out.

Due to such problems, the road ahead is bumpy. Both the government and the opposition groups, which are familiar with the mechanisms of dialogue and are not viewed as armed, should be included in the talks.

Unfortunately, under the present circumstances the terrorists hold more power compared with other opposition groups, and this makes the task ahead still tougher. We need to continue such talks attended by the opposition and representatives of the Syrian government to make it hard for militants to forge ahead with their terrorist activities [in Syria]. In parallel, international supporters of the terrorists should stop their financial assistance to militant groups.