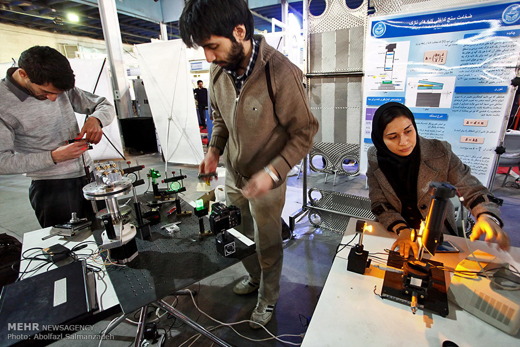 Over 350 Iranian research centers from different science and technology parks and knowledge-based firms presented their latest achievements in a Tehran exhibition.

On December 17, Mehr News Agency, filed a report about the 15th Exhibition of Iranian Technological and Research Achievements, held between 14th and 17th of December, to mark National Research Week.

During the exhibition, scientific products ranging from a communications satellite simulator, a smart digital seismograph, and a multipurpose nano-anti-pollution mask to a robotic talking face were on display. The following is a partial translation of the report:

The opening bell of the National Research Week rang out at Palestine Vocational School in Tehran with the ministers of education, the interior and science attendance. At the ceremony, six student researchers were awarded.

Among other inventions on display in the exhibition, was a robotic talking face. Inventor of the device Morteza Moradi said, “The robotic face can talk and is mainly used in tourist centers in order to introduce items such as famous statues to visitors. The talking face is able to answer impromptu questions.” 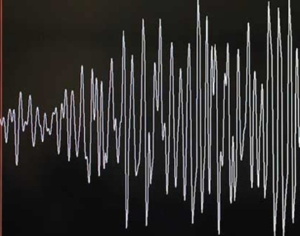 The intelligent digital seismograph was another device showcased at the exhibition. The equipment is designed to warn people at home to take shelter just before an earthquake hits. Ahmad Pazooki, an expert representing the manufacturer of the device said, “Given that Iran sits on a fault line and is in ever-present danger of being struck by earthquake, the equipment was made. This instrument is a first in Iran and around the world and does not have a similar copy. The equipment which is going through the process of mass production and commercialization will cost less than $200.”