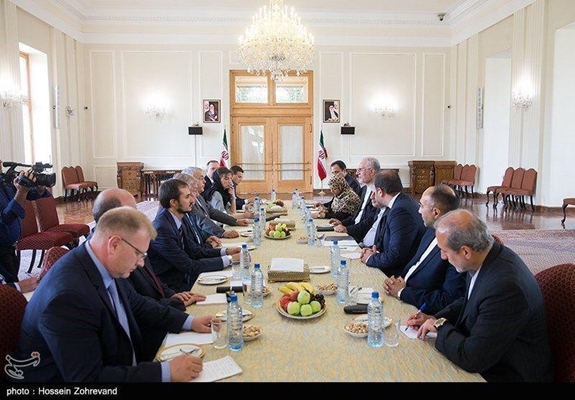 Ranking diplomats from Iran and Russia have met in Tehran for talks on the situation in Syria and Yemen.

In the three-hour-long meeting, the two sides discussed the latest developments in Syria, including the formation of a constitutional committee and a task force on the exchange of detainees and abductees in the Arab country.

The Iranian and Russian teams also exchanged views on the next meeting of the “Astana Process”, due to be held in Kazakhstan’s capital of Nur-Sultan on August 1 and 2, as well as the next summit of the guarantor states of the Astana Process.

Moreover, Khaji and Vershinin held consultations on the situation in Yemen, with both emphasizing the need to end the crisis in the war-hit nation by carrying out the Stockholm ceasefire deal.

Iran and Russia are in close contact in the process of diplomatic efforts to settle the conflicts in Syria and Yemen.