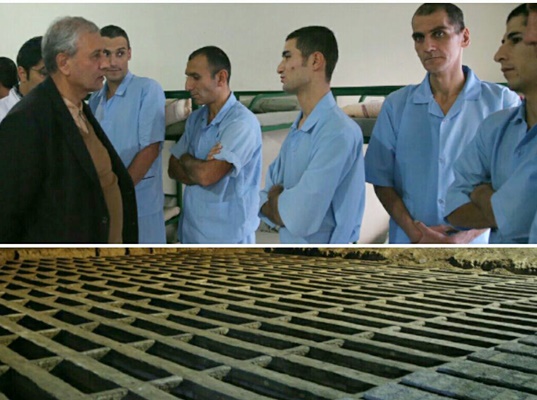 Following the widespread reactions made to a recent report about a number of homeless junkies living inside graves in a cemetery near Tehran, a number of Iranian officials have paid separate visits to these drug addicts, who are now transferred to a rehab centre.

According to a report by IFP, President’s Chief of Staff Mohammad Nahavandian and Social Welfare Minister Ali Rabi’ei were among the officials who visited the homeless junkies in a rehab centre near Tehran.

Nahavandian, who had earlier visited the graves where these homeless people used to live and talked to the people living in the neighbourhood, met the rehab centre that is hosting these drug addicts now.

Shahrvand newspaper on December 27 published an article about the life of homeless people who have to sleep in prefabricated graves in a cemetery near the Iranian capital at the freezing nights of winter.

In response to Farhadi’s letter, President Rouhani said, “We all must unite to resolve such issues and stop partisan tug-of-wars and instead, be focused on the country’s main issues.”