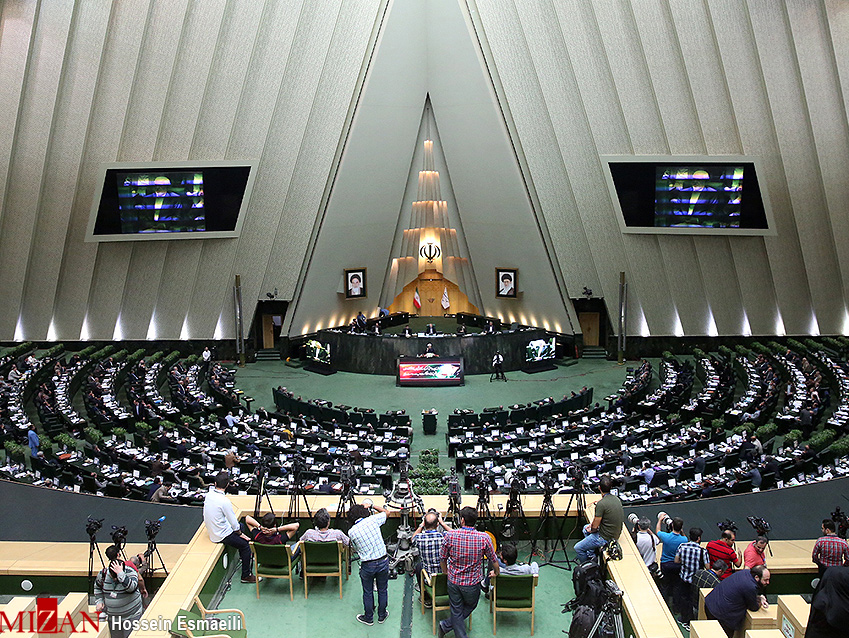 An Iranian parliamentary faction has come up with the idea of establishing a club of sanctioned countries for concerted action against the US economic terrorism.

The presiding board of the Iranian Parliament’s faction on countering sanctions and a group of activists dealing with the sanctions held a meeting with the representative of Leader of Iran’s Islamic Revolution and Secretary of the Supreme National Security Council (SNSC) Ali Shamkhani on Saturday evening.

“The US policy of maximum pressure, which was pursued with a bogus assumption in order to dismantle Iran’s national economy, was brought to its knees in the face of the strategy of active resistance,” Rear Admiral Shamkhani said in the meeting.

Secretary of the Supreme National Security Council also pointed to an intense cognitive war that has been plotted and implemented by the hostile media for supporting the US policy of maximum pressure on Iran, adding, “Despite enduring heavy economic pressures, the resisting people of Iran did not lose this war because of their awareness, insight and wisdom, and frustrated the enemy’s hopes of achieving its objectives.”

Shamkhani also welcomed the parliamentary faction on countering sanctions’ idea of forming the club of sanctioned countries and active involvement in the fight against the US’ economic terrorism, stressing, “Resistance meets with success when it comes with the approach of constant activeness, and such a measure could be an effective step in the path to the continued strategy of active resistance.”

He also described the issue of combatting sanctions in the current circumstances as a main ground for unity among various Iranian political factions, and added, “Given its past experiences, the enemy has recognized the fact that the Islamic Republic has gained a remarkable level of maturity and capability in combatting the threats, and hence it (the enemy) seeks to create social, political and security crises and create troubles in order to minimize the country’s (Iran’s) branches of power’s concentration on countering the threats.”

In the meeting, chairman of the Parliament’s faction on countering sanctions, Poormokhtar, gave a report on the formation of the faction and its activities, as well as the ongoing efforts to establish the club of sanctioned countries.