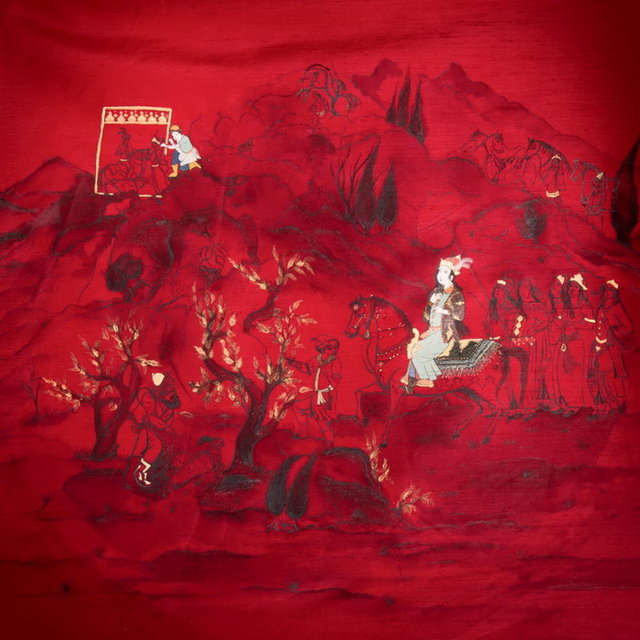 A gifted clothes designer has illustrated the old Iranian love story of Shirin and Farhad in miniature on a raw silk manteau, which is worth about $5,800 (200m rials).

“I spent 245 hours to finish the miniature of Shirin and Farhad story in several illustrations on a silk manteau”, the designer Sara Alamzadeh said in an interview with ISNA, as translated by IFP. 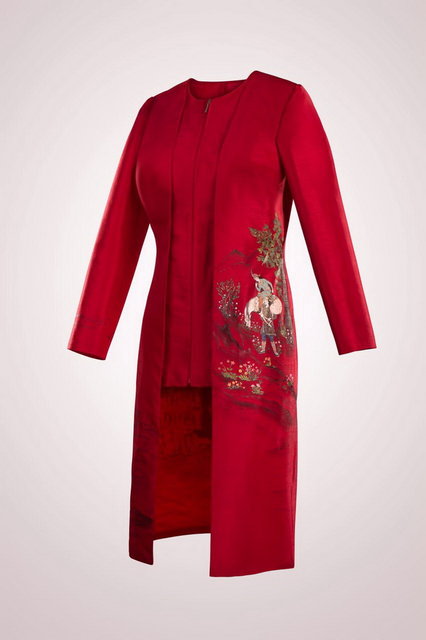 She has also handwritten a poem by Vahshi Bafghi, a prominent Iranian poet of the Safavid era, in calligraphy on the manteau.

Shirin and Farhad is the title of a famous Persian epic romance by the Persian poet Nizami Ganjavi (1141–1209).

The manteau was demonstrated in Niavaran Palace for one week, Alamzadeh said, adding, “15 visitors and a number of foreign tourists were eager to buy it.”

The miniature of Farhad and Shirin is based on the painting technique of Kamal ud-Din Behzad, a great Iranian painter and head of the royal ateliers in Herat and Tabriz during the late Timurid and early Safavid periods.

“The orders have not been finalized yet; however; each one takes me 2 to 3 months to complete. We post the manteaux to customers when they are ready. There is no price discrimination against foreign tourists,” Alamzadeh went on to say.

Alamzadeh referred to the promotion of exquisite paintings and mythologies of Iranian culture as her major goal, adding, “I designed the miniature of Shirin and Farhad love story on a plain, simple manteau to make it eye-catching at the first sight.”

She acknowledged the high price of manteau and said, “I understand that only a few people can afford to buy the manteau; however, as an Iranian I meant to promote my country’s paintings, illuminations, miniatures, and myths.”

Although the manteau is not for everyday use, it is washable as the designs are strongly knitted and totally colour-safe.