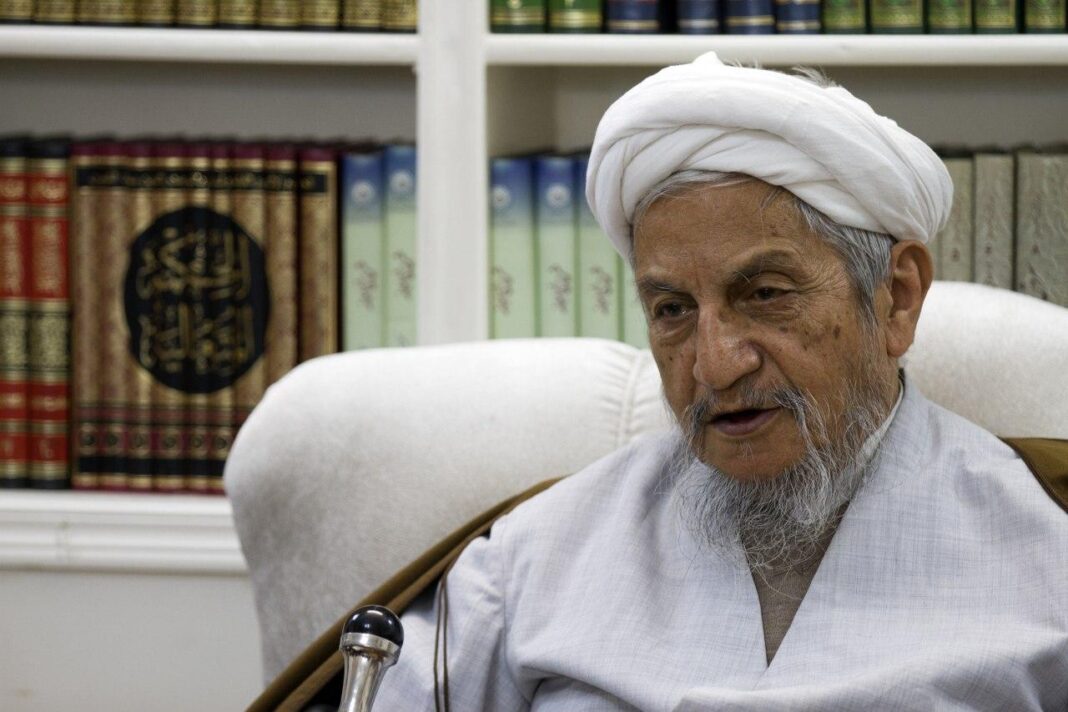 Iranian Grand Shiite Ayatollah, Yousef Saanei, has passed away at the age of 83 after being hospitalized for several days at a clinic in the holy city of Qom.

An official at the late Ayatollah’s office said he had cirrhosis liver, and was suffering from kidney problems.

According to this official, Ayatollah Saanei was admitted to Nekouei Hospital of Qom due to a fracture of his hand and pelvis. He then underwent dialysis to meet the factors required by the liver and kidneys.

“However, during the dialysis, unfortunately he passed away. As the Ayatollah cared very much about the health of the people in such days, no funeral ceremony will be held due to the coronavirus pandemic,” added this source.

Ayatollah Saanei was born in 1939 in the village of Yingabad southwest of Isfahan.
Saanei completed his preliminary studies in 1951, whereupon he went to Qom to continue his studies. While at Qom he was a student of the leading theologians of his day, among them Mohammad Mohaghegh Damad, Abbas Ali Shahroudi, Mohammad Ali Araki, and Ayatollah Borujerdi.

Ayatollah Saanei was a prominent politician who served as the chairman of Iran’s Guardian Council from 1980 to 1983, and a member of the Assembly of Experts, the body responsible for electing and monitoring the performance of the country’s Leader.