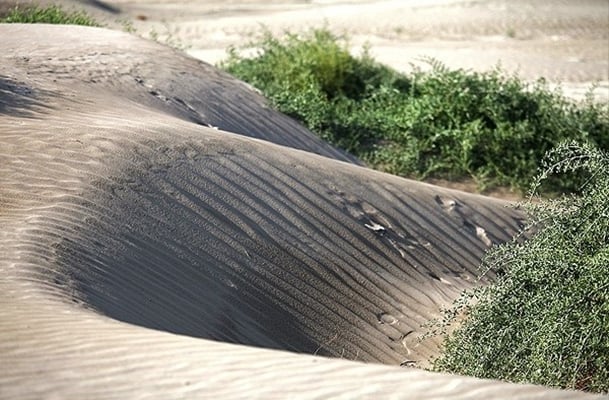 A working group tasked with reviving Iran’s Lake Urmia has started to grow two types of plants to save the region from salt particles.

The two plants are “Nitraria” or Karadagh and “Tamarix” or Shoorgaz, which are planted on the land of Jabal Kandi village in Urmia County, to slow down the wind that brings with itself the salt particles.

Shahrvand daily in an article has reported that in Jabal Kandi, winds always blow in all directions. According to the report, during the past few years, several villages were abandoned and many gardens and lands dried up.

The situation in the region was so dire that in saving the lake, paying attention to salt particles was more important than the restoration of water. Therefore, since three years ago a reconstruction team started to plant Nitraria and Tamarix in the region.

Back in April, a storm struck Urmia and removed the roof of the houses, but in Jabal Kandi, which is located in the northern part of the lake, the weather was not dusty thanks to the planting of these species.

Jabal Kandi region was one of the centres of the particles, and sand used to move towards the villages. The dust could affect up to 40 km, and could even go forward for 500 km. The bad news is that the dust contains salt particles and heavy elements. 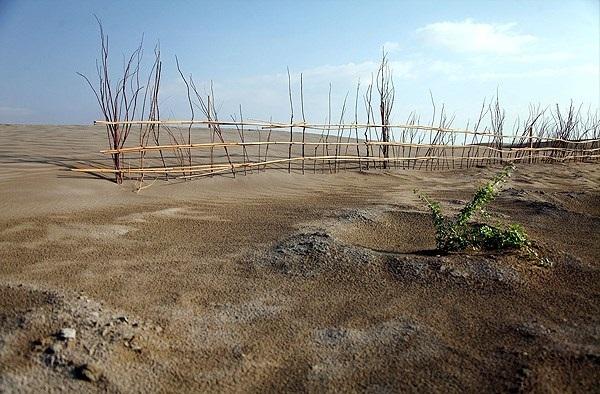 The more the water was decreasing in the lake, the more haze could be seen there. Two to three villages were evacuated around Jebel Kandi that were part of the lake until 20 years ago.The lake was dried up causing the trees to dry and the farms to disappear.Now, when the wind blows in the plain these plants stop it. As a result, the dust could not be seen in the air.

The natural plants of Urmia are at risk of drying.They have grown up when the lake was full of water, but now there is little water.

A director of the project to revive the Lake says “what we do is to reduce photosynthesis in order to reduce the plant’s water consumption. We prune the branches to help it survive with the same amount of water. After that, they will not be susceptible to fire if they are dried up. The next year they will be greener than before.”

In this area, there is also a mast that shows which wind and what hotspot is activated. Officials say the station for monitoring and measuring the wind erosion is unique in the world. This station is a combination of three models that exist in the world, and is the result of the cooperation of the universities of Urmia and Yazd.

In addition, a revitalisation project is underway in every corner of West Azarbaijan Province. These projects include the transfer of water and wastewater from other cities, reducing water consumption in the agricultural sector, and drip[ing irrigation as well as revitalising the lake. The dust of the lake is being controlled, and with the implementationof plans,Urmia Lakewould be revived within the next 10 years.