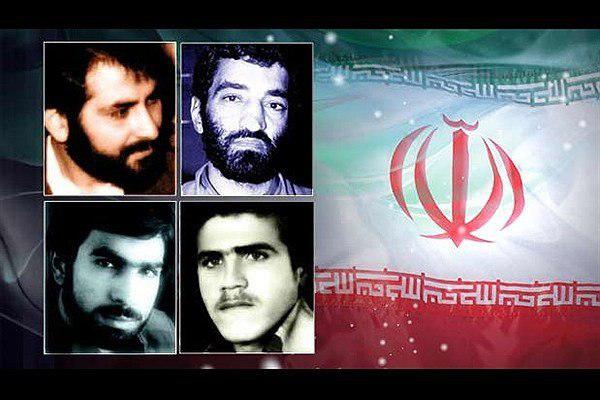 Iran has reiterated its call on the UN, the International Committee of the Red Cross, and other human rights bodies to find the four Iranian diplomats abducted by the Israeli regime 36 years ago.

The Iranian foreign ministry on Wednesday issued a statement to mark the 36th anniversary of the kidnapping of four Iranian diplomats by the Israeli regime. The full text of the statement follows:

Thirty-six years have passed since the kidnapping of four diplomats of the Islamic Republic of Iran, namely Seyyed Mohsen Mousavi, Ahmad Motevaselian, Taqi Rastegar Moqaddam and Kazem Akhavan, by the Zionist regime [of Israel], and we commemorate these loved ones on July 5, 2018 at a time when the Zionist regime is pressing ahead with its crimes and inhumane acts, which run counter to international regulations.

Evidence shows this act (abduction) was done by the elements of the usurper Zionist regime [of Israel] in July 1982, and given that the Lebanese territory was occupied by this regime at that time, there is enough evidence proving they were transferred to the occupied lands.

The Islamic Republic of Iran appreciates efforts by the Lebanese government over the past years in order to shed light on the realities pertaining to the abduction of the four Iranian diplomats, especially the letter sent by the Lebanese government to the UN secretary general on September 13, 2008 confirming the diplomats had been kidnapped on the Lebanese soil, and once again highlights the circumstances under which the Israeli regime occupied Lebanon at that time and underscores this regime’s role [in the incident] and its legal responsibility in that regard.

The Ministry of Foreign Affairs once again highlights its proposal regarding the establishment of an international fact-finding committee in order to shed light on the dimensions of the issue, and expects the UN secretary general, the International Committee of the Red Cross and other human rights institutions to fulfill their legal and moral duties in order to establish the fate of the kidnapped diplomats of the Islamic Republic of Iran and secure their release.

The Ministry of Foreign Affairs also honours the memory of the four abducted diplomats and offers condolences to the family of these loved ones, and hopes it will soon see all captives and prisoners being held in Israeli jails, especially the four Iranian diplomats, freed from the regime’s prisons.