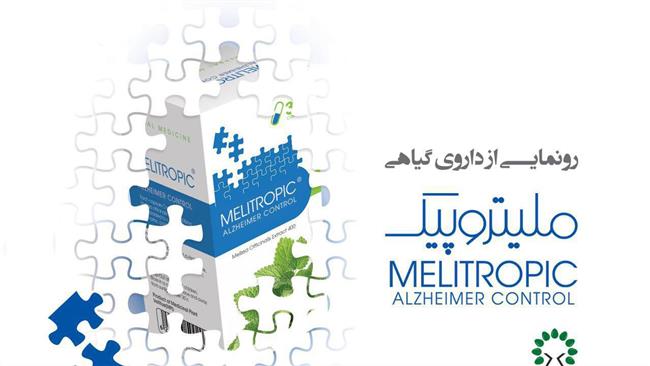 Iranian researchers and scientists have put on display the world’s first ever herbal medicine to cure Alzheimer’s or stop it from progressing through alleviating its symptoms such as memory loss and confusion.

The medicine, named Melitropic, was unveiled during a ceremony in Iran’s Institute of Medicinal Plants at Jihad University on Saturday morning.

The Iranian researchers reportedly drew on the country’s historically extensive expertise in treatment of brain disorders, and utilized latest related studies in the world to produce the herbal medicine.

Chairman of the Institute of Medicinal Plants at Jihad University, Dr. Shamsali Rezazadeh, said a series of clinical experiments were carried out on 42 patients with mild to moderate Alzheimer’s symptoms to determine the effectiveness of Melitropic.

He added that the patients were aged 65-80. While dracocephalum extract was administered to those in the experiment group, the patients in the control group received placebos.

Rezazadeh said forgetfulness and recognition indices plus potential side effects were analyzed after four months of studies; and the results recorded an obvious and noticeable improvement in the mental status of patients, who had been given dracocephalum extract. The anxiety disorder and irritability symptoms had considerably dropped among subjects in the experiment group.

The chairman of the Institute of Medicinal Plants at Jihad University emphasized that certain measures have been taken into consideration in order to introduce Melitropic to world markets.