Iran, Turkey Reiterate Opposition to US Policies in Ankara 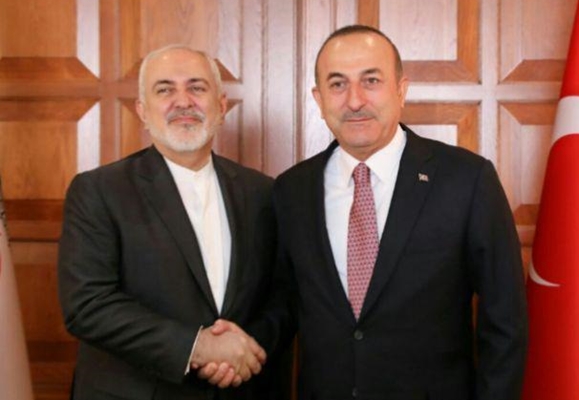 Iran’s Foreign Minister Mohammad Javad Zarif, who is in Turkey for dialogue and consultation with the country’s officials, has discussed a range of issues with his Turkish counterpart Mevlut Cavusoglu.

In the third round of their bilateral talks Wednesday, the Turkish foreign minister expressed condolences over the deadly floods and financial damages it caused in the Islamic Republic. He further noted that Turkey was the first country to send aid and is ready to send more aid to Iran.

Elsewhere in his remarks, Cavusoglu reiterated his opposition to US sanctions against Iran emphasising that Ankara is resolute in its stance in this regard and supports its brothers in Iran.

“We are glad that the relations between the two countries is at a very good level. We need to increase trade ties and go for more bilateral economic cooperation. We are serious about cooperation on security, border issues and fight against terrorism,” stressed Cavusoglu.

In turn, FM Zarif congratulated Turkey on successfully holding its local elections. He said this is his second visit to Turkey in the past month and is a sign of Iran’s care about relations with its friendly neighbour.

The Iranian Foreign Minister also welcomed the positions of the Turkish authorities and government in opposing the US sanctions against Iran and highlighted the need to strengthen and deepen bilateral regional cooperation.