Iran to resume export of hand-woven carpets to US 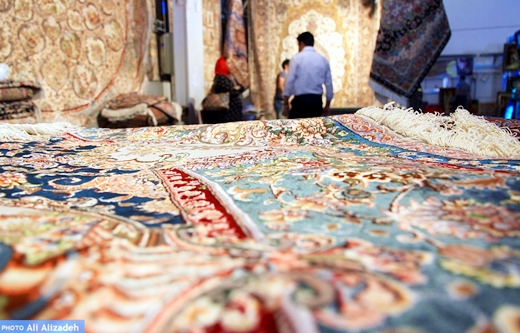 Head of Iran National Carpet Center Hamid Karegar says the Islamic Republic will resume export of its hand-woven carpets to US in near future.

Talking to IRNA, Karegar reiterated that the US Congress halted the imports of Iranian carpet in 2010.

‘Before imposing of sanctions on Iran, the US markets were considered as the first exports hub of Iranian carpets.

Kargar reinterred that over four million tons of Iranian hand-woven carpets, worth $230 million, were exported during the 10 months of current Iranian calendar year, started March 21, 2015.

He described the figure as too meager, reiterating that imposing of sanctions against Iran and economic recession as the main reasons behind the decline of the exports of Iranian carpets.

He said that Persian hand-woven carpets in the past seven months of the current Iranian year (started on March 21) fetched more than 142 million dollars.

Karegar said based on statistics released by Iran Customs Administration, 2,620 tons of hand-woven carpets were exported to 80 countries in the past seven months.

Export of the Persian carpets amounted to $166 million, showing 14 percent growth compared to the figure in the preceding period.

Moreover, the eight-month statistics showed more than 3,900 tons of hand-woven carpets, worth more than $202 million, were exported to more than 80 countries, showing increases of 24 and 12 percent in weight and value respectively compared to the figures in the same period in the year 1392 (2013-14).

Germany, Italy, Switzerland, and France in Europe, Lebanon, Qatar, the UAE and Kuwait in the Middle East and China and Japan in east of Asia are major buyers of Iranian hand-woven carpets in the seven-month period.

Iran National Carpet Center put the value of exports of Iranian hand-woven carpets at more than 330 million dollars the year before.