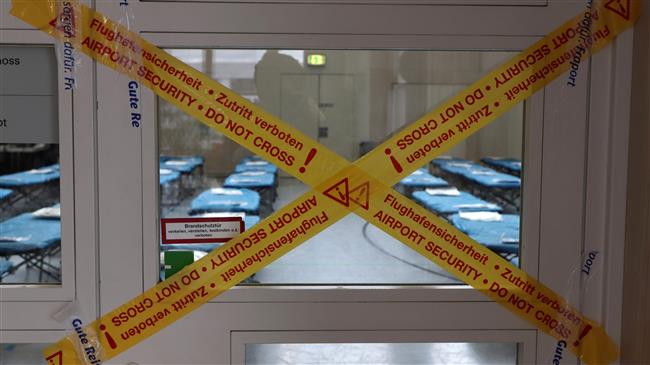 Iranian Minister of Health Saeed Namaki says Iran has temporarily halted all flights to and from China as the novel coronavirus, which originated in the Chinese city of Wuhan, spreads across the country and the rest of the world.

Namaki said on Friday that no case of coronavirus infection has been reported in the country so far and added that the decision has been made in an emergency meeting in the presence of a number of Iranian ministers and the government spokesman after the virus was declared a global emergency by the World Health Organization (WHO).

The World Health Organization (WHO) declared on Thursday that the coronavirus epidemic in China now constitutes a ‘public health emergency of international concern’.

Tedros Adhanom Ghebreyesus, WHO director-general, announced the decision after a meeting of its Emergency Committee, an independent panel of experts, amid mounting evidence of the virus spreading to some 18 countries.

Namaki further noted that he has sent a letter to Iran‘s First Vice President Es’haq Jahangiri asking the government to adopt new strategies regarding the coronavirus outbreak.

It has been set that Iranian nationals residing in China would be able to return to the country via exclusive flights while being fully supervised by the Health Ministry, Namaki said.

He noted that some 70 uninfected Iranian university students, who are now in Wuhan, would be returned home in cooperation with Iran’s Foreign Ministry.

“But these cases depend on the Chinese government’s cooperation. These individuals will be kept in quarantine and supervision for two weeks,” the health minister said.

In a Persian tweet earlier on Friday, Namaki demanded that the government prevent the entry of passengers from China amid the threat of coronavirus epidemic.

He added that he had asked the Iranian first vice president in his letter “to inform the Iranian Foreign Ministry and Ministry of Roads about a halt to be put on the entry of all travelers from China (by land, sea and air) until further notice.”

Wuhan is in virtual lockdown, and nearly all flights at the city’s airport have been canceled and checkpoints block the main roads leading out of town. Authorities have imposed similar lockdowns on more than 10 cities near Wuhan as part of the ongoing containment effort.

The virus has so far killed 213 people and spread to at least 18 countries around the world, with the number of confirmed coronavirus cases standing at 9,809.