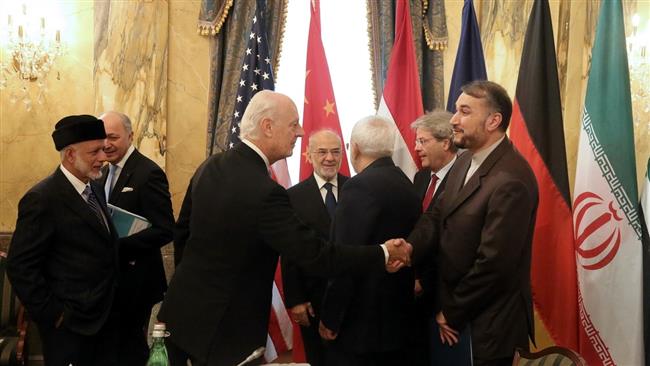 A senior Iranian official has strongly rejected reports that the Islamic Republic has agreed to a plan for the removal from power of Syrian President Bashar al-Assad in six months.

According to Iranian media outlets, Hossein Amir-Abdollahian, Iran’s deputy foreign minister for Arab and African affairs, on Friday dismissed as false the reports on Assad’s fate.

Western media had earlier in the day reported that Iran has signaled that it favored a six-month “transition” period in Syria followed by elections to decide the fate of the Syrian president.

The developments come as international talks on the crisis in Syria are underway in the Austrian city of Vienna. The negotiations have brought together some 16 countries including Iran.

This is the first time the Islamic Republic has attended the talks after it was denied participation in the previous two rounds – both of which ended inconclusively – under pressure from the US and its allies.

“Non-interference in the internal affairs of Syria [and] combating terrorism and extremism” must also be among common objectives of all participants in the negotiations if they really want to address the crisis in Syria, Zarif said upon arrival in the Austrian capital on Thursday.

The parties involved in efforts to end the violence in Syria have apparently come to the conclusion that “no reasonable and logical” solution could be found to the crisis without the Islamic Republic, added Iran’s foreign minister. 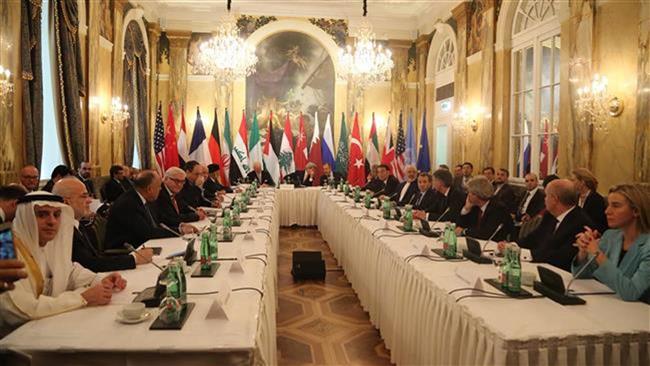 Apart from the Islamic Republic, the United States, Turkey and Saudi Arabia, and representatives from at least 12 other countries are also attending the talks. Those states are France, Germany, Egypt, Russia, Jordan, the UK, Qatar, the United Arab Emirates (UAE), Iraq, Lebanon, China and Oman.

Envoys from the United Nations and the European Union are also present at the talks.

“I believe it is very important that … we will have all the relevant actors, regionally and internationally, relevant actors playing around the same table trying to define a common space for the beginning of the political process to find a solution to the crisis in Syria,” EU foreign policy chief Federica Mogherini said.

Dmitry Peskov, spokesman for Russian President Vladimir Putin, said Friday that the Vienna talks will focus not “on [President Bashar] al-Assad’s fate but on the Syrian settlement,” adding that “only the Syrians can determine the political future of Bashar al-Assad.”

He said the “search for a political solution of the Syrian conflict has no alternative,” adding that “all the interested sides were taking part in the Vienna talks, mainly states, which can make a contribution into the settlement.”

Meanwhile, Iraq’s foreign minister also said on Friday that the next multilateral meeting on the Syria crisis should be in Vienna next week.

Ibrahim al-Ja’afari added that the Friday talks on resolving the Syria crisis had failed to bring an agreement on Assad’s role in the political process.