Iran Should Boost Export of Oil Products Rather than Crude Oil: Rafsanjani 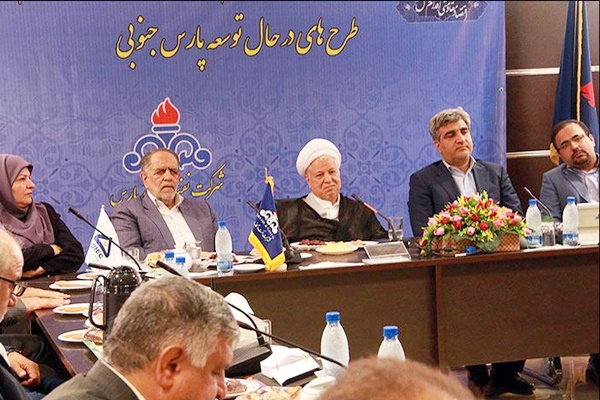 Addressing a group of top sailors in Kharg Island in southern Iran, Ayatollah Rafsanjani said conditions should be prepared for moving away from crude sale and selling oil products instead.

He said, “What observed in Kharg Island proved development and progress. I have paid many visits to Kharg Island but this time was dramatically different from the former ones; today, Kharg Island is alive and refreshed. Never before or after the 1979 Revolution had I seen oil reserves as they are today.”

“We are so happy that oil exports are at such a great level. Conditions should be prepared to distance ourselves from crude sale and move towards export and sale of oil products.”

He noted that many entrepreneurs and Iranians residing abroad are interested and ready to invest in the Islamic Iran. “Iran is getting globalized.”

Ayatollah Rafsanjani said Iran’s general policy prior to the 9th government [Ahmadinejad’s] was movement towards minus crude oil sale economy and export of oil products but within the eight years of Ahmadinejad’s presidency, the conditions mandated the country to export crude oil for a period.

Elsewhere in his address, Ayatollah Rafsanjani said for the time being, 600,000 tons of methanol are produced in Kharg Island and necessary conditions to hit the target of 2.5-fold increase are prepared.

He said for the time being, there are many flares burning in Kharg Island and necessary investment is needed to turn the gas into methanol, Shana reported.